The Black Caps will focus on their own game and not be motivated by the prospect of ending South Africa's chances of progressing at the World Cup when the two sides meet at Edgbaston tonight, fast bowler Trent Boult has said. 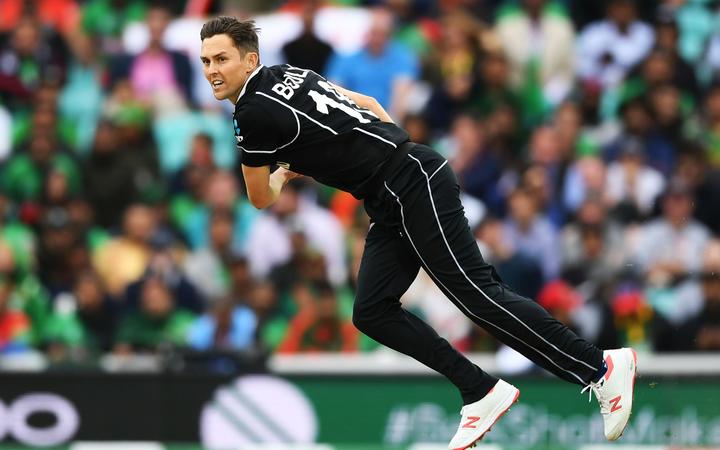 New Zealand are one of two unbeaten teams at the World Cup along with India, and they are well-placed to finish in the top four and qualify for the semi-finals. South Africa are eighth in the table of 10 teams.

With only one win after losing their first three matches and having one match abandoned due to rain, Wednesday's game is a must-win encounter for South Africa as they bid to stay alive in the tournament.

"It's not driving us in any respect," Boult said in response to a question about virtually eliminating South Africa.

"It's a chance for us to go out there and perform and show we can bring the game and style that we play back home in New Zealand very well, to test it against quality players in foreign conditions on a big stage.

"There have always been exciting games between New Zealand and South Africa over the past World Cups. The semi-final at Eaton Park (where New Zealand won by four wickets in 2015) was one of the greatest games that the Kiwis have played."

New Zealand have won three of their four games so far, with all their wins coming after fielding first and bowling out the opposition. Their match against India was abandoned due to rain.

Boult has picked up only three wickets in three games, but the 29-year-old said he was not worried about his form as long as the bowling unit performed well to restrict the opposition to low scores.

"We've got 30 wickets. Probably that's the only main thing I'm worried about," Boult said. "I think as a unit we've been going really well.

"We've put the ball where we wanted, and we've put a lot of pressure on the teams that we've come up against. If we can continue to do it as a unit and obviously give us some lower totals to chase, then I'll be happy."