Chiefs captain Sam Cane says their stunning transformation from Super Rugby strugglers to playoffs contenders was sparked by a desire to prove their critics wrong.

Colin Cooper's side dug themselves out of a 0-4 hole at the start of the season and overcame the loss of key players to injury to book themselves a quarter-final against Argentina's Jaguares in Buenos Aires. 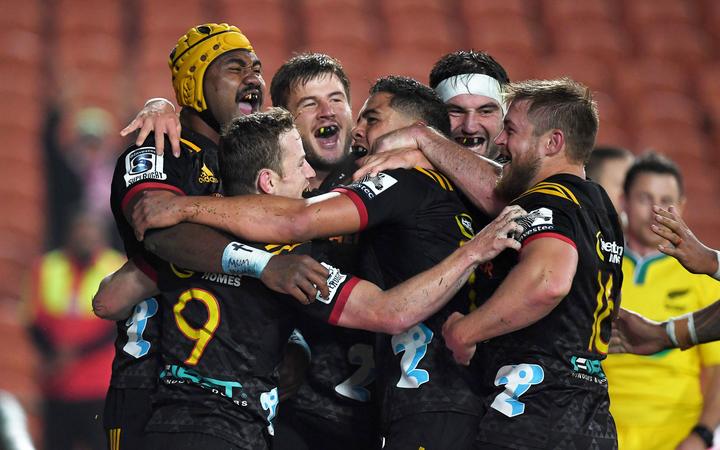 Cane said the New Zealanders had been written off at various stages during the season but managed to rally each time to stay in touch.

"There's been numerous times throughout the year when it was like 'the Chiefs are out of it', or 'they're pretty much done', or 'they're a slim mathematical hope'," he said.

"When people are quick to put the boot in or pick things apart, it could go one of two ways. Our group actually got a wee bit tighter, and it's benefited us at the end.

"To bounce back the way we have, there is a certain level of pride."

The Chiefs face a Jaguares team that won the South African conference with ease and claimed nine of their last 10 games to finish second in the standings behind the double defending champion Crusaders.

The Chiefs upset the Jaguares away 30-27 earlier in the season, a win that was to prove a turning point after their dreadful start.

Cane's return from a broken neck sustained last year has helped inspire his team mates, who were further buoyed by the return of world class lock Brodie Retallick against the Rebels.

Should the Chiefs win in Argentina, they will face the winner of Saturday night's clash in Canberra between the ACT Brumbies and Durban-based Sharks.

"It's not as bad a trip as people make out now, we've got a direct flight, which is awesome, travelling at a good time - our night time - so we should get a good sleep," Cane said.

"It's certainly a tough place to play, and the way that they've been playing the last few weeks has been seriously impressive.

"So (it's a) massive challenge, but one that the group's pretty excited about, we've been building momentum nicely the last couple of weeks."

The Jaguares-Chiefs quarter-final is on Saturday morning NZ time.