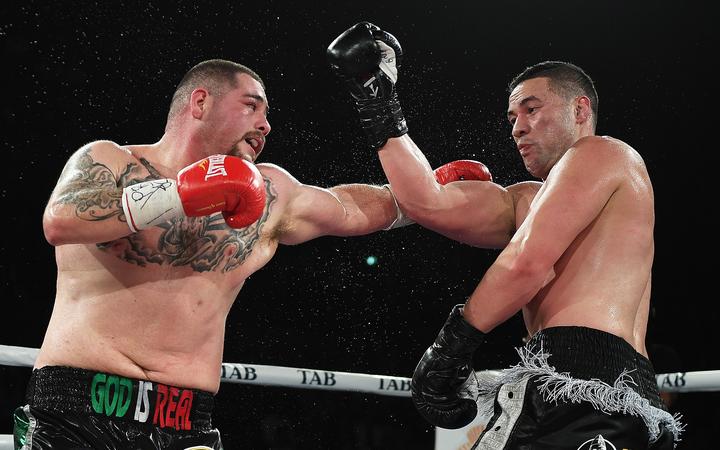 All roads were supposed to lead to Anthony Joshua fighting Deontay Wilder for a gigantic transatlantic unification bout maybe sometime next year, via perhaps Tyson Fury and Dillian Whyte.

While Joshua was a popular champ, the humble and friendly Mexican-American Ruiz won many friends during his time in Auckland back in 2016, when he controversially lost to Joseph Parker at Spark Arena.

Even the most ardent Parker fans will acknowledge that fight could've gone either way at best, with an awful lot more probably willing to concede that Ruiz was robbed.

However, it does mean that Parker has probably always been on Ruiz's mind ever since. For the vast majority of us who don't box for a living, having a guy plan to get his revenge on you by trying to knock you out isn't the nicest of thoughts, but right now it's just what Parker needs.

This is the path to another lucrative title shot, and the implication that Ruiz will be out to square the ledger on the only loss in his pro career will only hype the fight up more.

It's been a pretty big couple of days for Parker.

The news on Saturday that he'd signed a new deal with Eddie Hearn's Matchroom promotion's company was headline-making on its own.

His career has completely stalled since his own fight against Joshua in March last year, despite it attracting 80,000 to Cardiff's Millennium Stadium. The comfortable points victory to the Briton meant that as soon as the final bell rang it was consigned to be nothing more than a stepping stone for the now-former champ.

Now, just 48 hours later, Matchroom has no titles and far less leverage to call the shots with their American rivals. If Ruiz does indeed want to get Parker in the ring again, you'd have to think that they'll be inclined to take whatever offer they're given. But another distinct possibility is that Joshua may want to face Parker again as well, to get himself back in line to win his belts back. Either way, it is shaping up to be a lucrative period if his management team plays it right.

Parker does have one fight confirmed for next month, against American Eric Molina in Rhode Island. After that, his dance card is free till well into next year.

For Ruiz, though, he can now bask in the glory of one of the biggest upsets in history. That's no slight on him, anyone who watched his fight with Parker will know that he is an incredibly dangerous fighter. It is more a comment on the reputation Joshua was bringing in with him; throughout his 23 fight career it seemed as though heavyweight boxing had found a perfect centrepiece - outrageously talented, articulate and seemingly unstoppable. Ruiz was to be the next point he proved on the way to finally facing the charismatically unhinged Wilder, presumably sometime next year.

The most likely outcome now? Ruiz v Joshua II, probably at the end of the year. Joshua needs to return home and lick his wounds, which in the long run probably won't run as deep as the ones inflicted on the fast-talking Hearn and his Matchroom promotion. This loss was Joshua's first fight in the US, and he will need a seriously impressive performance to rectify this loss.

But that's in the future. What matters now is that Parker can get himself in front of both Ruiz and Joshua as a viable opponent for both. For a while there, it seemed like New Zealand's first heavyweight world champion was on a road to nowhere - but thanks to Ruiz, the man he beat to become that champion, the direction is starting to look at least a little clearer.