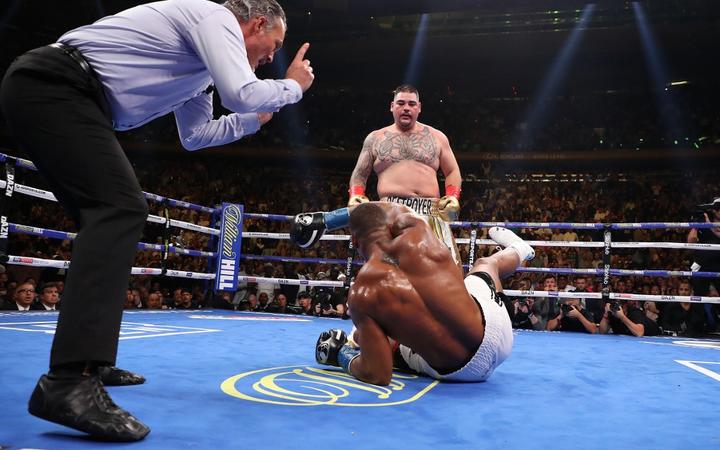 Joshua, previously undefeated and fighting for the first time in the United States, was defending his IBF, WBA and WBO titles but was knocked down four times in the fight before the referee waved off the contest in the seventh.

Ruiz had not been given much chance of beating the champion given he had just five full weeks to prepare after Joshua's scheduled opponent, Jarrell Miller, tested positive performance-enhancing drugs.

Joshua said the defeat was hard to take but that he would be back.

"Boxing is a tough sport. I trained hard, I stayed dedicated. And I just got beat by a good fighter tonight," he said. "It'll be interesting to see how far he goes but good luck to him.

"I gotta bounce back. This is all part of the journey. Fighter by heart, boxer by trade."

Ruiz was dropped to the canvas in the third but the heavy brawler came back to down the Brit in the same round and Joshua was lucky to survive.

Joshua appeared to recover and worked his jab well over the next few rounds but Ruiz landed big body shots in the sixth to put the champion on the back foot.

Joshua went down again in a flurry of Ruiz punches with nearly two minutes left in the seventh and while the British fighter got off his knees just in time to beat the count his legs looked like jelly as he made his way to a neutral corner. 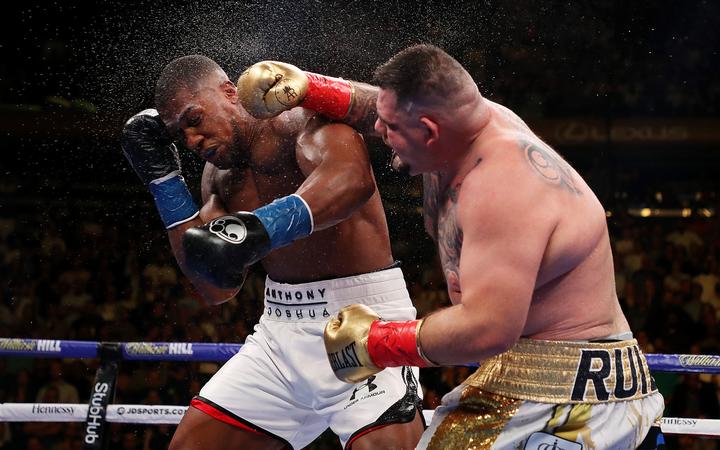 The referee asked him if he was okay to continue before waving his arms to end the fight, prompting wild celebrations in the ring by Ruiz and his trainers.

"This is what I have been dreaming about," Ruiz said.

"This is what I have been working hard for. I can't believe I just made my dreams come true. I just want to thank my team and my family. The sky is the limit, baby."

Ruiz said being knocked to the floor in the third round only spurred him on.

"That was my first time getting dropped on the floor," he added. "It just made me stronger. It just made me want it more. I just had to knock him down back."

New Zealand boxer Joseph Parker has fought both Ruiz Jr and Joshua. The Kiwi won the WBO title in a majority decision against Ruiz Jr in December 2016, but had to relinquish it in April 2018 after suffering a unanimous decision defeat to Joshua.

Parker has since signed a three-fight deal with Joshua's British promoter Eddie Hearn.

Parker will fight for the first time with Matchroom Boxing USA against American Eric Molina in Rhode Island at the end of the month.