Black Ferns Sevens captain Sarah Hirini thought she was possibly being scammed when she first found out that she was to be recognised in the Queens Birthday honours list. 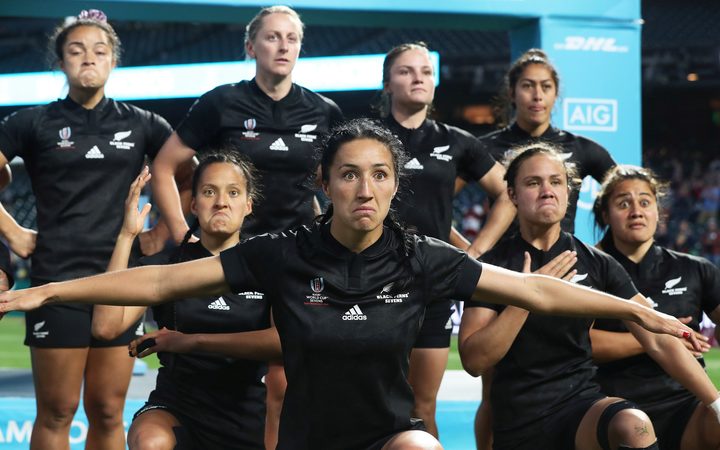 Sarah Hirini (nee Goss) has been made a member of the New Zealand Order of Merit for services to rugby.

The 26-year-old led the New Zealand women's sevens teams which won the 2013 World Cup, claimed gold at the 2018 Commonwealth Games and silver at the 2016 Rio Olympics.

Hirini was part of the Black Ferns that won the Women's Rugby World Cup in 2017.

She was recognised as the women's player of the year at the 2017 New Zealand Rugby Awards and the best female athlete in Oceania at the Association of National Olympic Committees in Prague in the same year.

Hirini says she didn't initially believe what she was reading when she received an e-mail telling her of her honour.

"I was pretty hesitant about the e-mail cause sometimes you get those scam ones and so I got my husband to read over it and he said no I think it's legitimate, so it was pretty crazy."

She was a little shocked when the news did sink in.

"It's a huge honour obviously something that I never really thought about or expected at all anywhere in my career so to be able to see names in the Order of Merit is pretty special and to be able to tell my husband that I was a part of it was a pretty cool moment for us and also my parents as well and something that we'd never ever thought of as a family.

Hirini says she had never thought about things like honours outside of the game.

"I play rugby because I love it, its a huge passion of mine and being able to represent my country is a huge honour and you see the people that get on the Order of Merit and the likes of Fiao'o Fa'amausili (former Black Ferns captain) and Dan Carter (former All Black) and you just think how amazing these people are and for me I never thought I'd be alongside them on that lost."

Hirini's Black Ferns Sevens side current tops the World Series standings with one more tournament to play in France later this month.