New Zealand under-20 men's football coach Des Buckingham believes the culture within his side is playing a big part in their success at the World Cup. 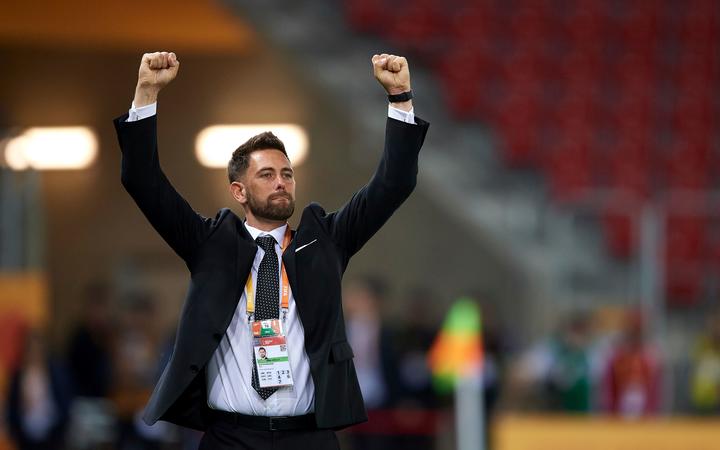 The Junior All Whites have won both of their group games so far at the FIFA under-20 tournament in Poland.

They beat Honduras 5-0 in their opening game and followed that up with a 2-0 victory over Norway which guaranteed them a place in the next round.

Buckingham, the former Phoenix co-coach, returned to New Zealand last year to take up the job with the under 20's.

"What we've been trying to build over the last month, it's very much about our identity, who we are, our culture and what that looks like and for me that's important for every player in the squad," Buckingham said.

That's been a big feel of what we've been doing here the past couple of weeks, individual performances are great but again it's more about the team and how we perform together that has been the real driving key to what we do."

Buckingham said he came up with the idea when he was involved in a coaching programme with High Performance Sport New Zealand.

"I really liked the Māori welcome that was held as a part of my induction which brought eleven relative strangers together very quickly."

He felt that could work for his squad.

"Knowing that I was about to have 21 players coming together from nine or ten different environments, I really thought it would help create an identity for us and make it clear for the players about what we're trying to do. I also thought it was important to relate that identity back to New Zealand."

Buckingham said they've brought in some cultural traditions and Māori heritage within their squad.

Buckingham enlisted the help of High Performance Sport New Zealand and the support of New Zealand Football and All Whites coach Fritz Schmid who would take control of many of his players when they move into the under-23 environment once this World Cup is over.

"For me it's not just about doing it for the sake of doing it, for me this is very much the start of something and we're starting to see some real benefits of it. Just the feel around the group and how we're connecting and hopefully you can see that on the pitch."