Latest - The New Zealand under 20 men's football team has qualified for the round of 16 at their World Cup in Poland after beating Norway 2-nil for their second straight group win.

Gianni Stensness scored the opening goal after 70 minutes, while the second was from an own goal after 83 minutes.

The New Zealanders beat Honduras 5-nil in their opening game.

They'll meet Uruguay in their final group game on Friday to decide who finishes top of the group.

This is the third straight men's under-20 World Cup that New Zealand has qualified for the second round of the tournament.

Wozniacki out of French Open

There have been wins for men's top seeds Novak Djokovic and Rafael Nadal, but women's 13th seed Caroline Wozniacki has been beaten on the second day of the French Open.

Number one Novak Djokovic eased into the second round with a straight sets win over young Polish player Hubert Hurkacz. 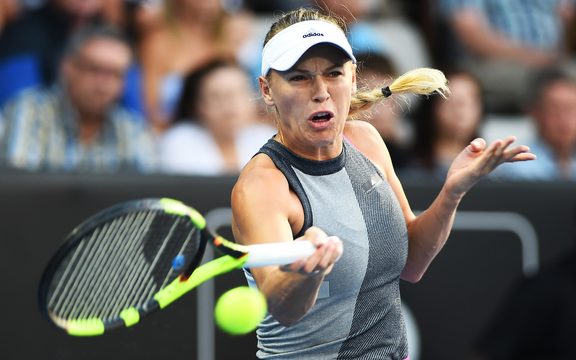 Reigning champion Rafael Nadal, the man most likely to block Djokovic's path to a second "Nole Slam", launched his own bid for a 12th title on the Parisian clay with a straight sets win over German qualifier Yannick Hanfmann.

Wozniacki completed a hat-trick of first round exits on red clay this season as she became the third former world number one to fall in the first round.

The 13th-seeded Dane suffered a spectacular collapse in a 0-6 6-3 6-3 loss to Russia's Veronika Kudermetova, just 24 hours after Angelique Kerber and Venus Williams were also sent packing.

Serena Williams came back from a set down to beat Russian Vitalia Diatchenko, while sixth seed Petra Kvitova withdrew with an arm injury.

Goals from Anwar El Ghazi and John McGinn put Villa 2-0 up before Martyn Waghorn pulled a goal back for Derby in the 81st minute but Dean Smith's side held on for the victory against intense pressure.

The playoff final is considered the most lucrative single game of football in the world, earning Villa an estimated $330 million in revenue.

Norwich City and Sheffield United had already secured promotion to the top flight for next season after finishing in the top two positions in the second tier Championship.

Derby, managed by former Chelsea and England midfielder Frank Lampard, got back in the game when substitute Jack Marriott's low shot was turned in by Waghorn and then piled on the pressure in the final minutes but were unable to break through.

Huddershield, Fulham and Cardiff were relegated from the Premier League.

Warmup wins for England and Australia

England and Australia have scored wins in their respective cricket World Cup warmup matches in Britain.

England cruised to a nine-wicket win over Afghanistan at The Oval.

Jofra Archer took three wickets as Afghanistan was bowled out for 160 in the 39th over.

Opener Jason Roy smashed an unbeaten 46-ball 89, as the homeside reached their target in thew 18th over.

Sri Lanka made 239 for 8, while Australia reached their target in the 45th over with Usman Khawaja scoring 89.

New Zealand's second warmup game against the West Indies is in Bristol tonight.

Brumbies flanker David Pocock is expected to announce his pending retirement from Australian rugby today before focusing on one last hurrah for the Wallabies in the 2019 World Cup.

Rugby.com.au is reporting that a Brumbies press conference scheduled for today will reveal that the 31-year-old number seven will be hanging up his Super Rugby boots at the end of the season.

It is also expected that the battered fetcher will also reveal that the 2019 World Cup will be his closing act, at least in Australian rugby.

Pocock has had a long run of injuries during his distinguished 13-year career, during which he has played 112 Super Rugby games and 77 Tests for the Wallabies.

There are suggestions the flanker could finish his time in the game with a stint in Japan.