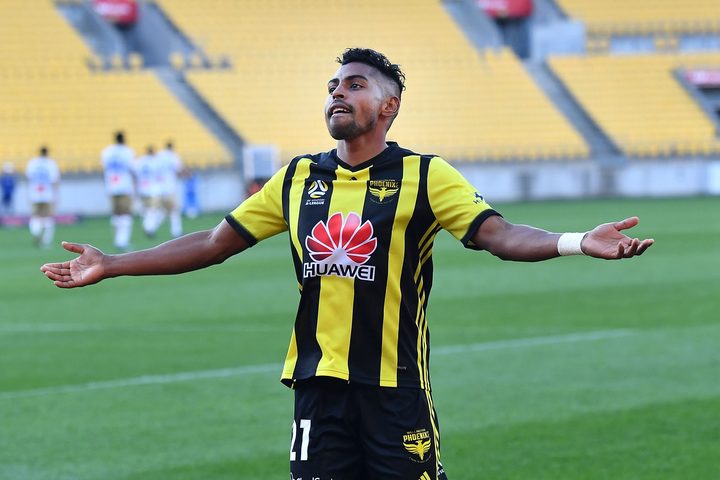 Roy Krishna celebrates his goal against the Newcastle Jets, which made him the club's joint all-time leading scorer. Photo: PHOTOSPORT

Fresh from being named the A-League's player of the season last week, Krishna confirmed on Monday he won't be re-signing with the club.

The 31-year-old Fijian international didn't say which club he would be moving to, only announcing it wouldn't be another A-League team.

"After much thought and consideration and consultation with my family back in Fiji, we have decided to move on from the A-League to secure a future outside of the league," Krishna said in a statement released by the Phoenix.

"We have negotiated a contract and we are currently working out the finer details. We will be announcing the club name when we are back from our belated honeymoon towards the end of June.

"If I was going to stay in the A-League then I would have continued with the Wellington Phoenix as we have built a wonderful community together with the club and the wonderful Nix supporters."

Krishna spent five and a half seasons at the Phoenix and netted a league-best 19 goals in the 2018-19 season, which also handed him the golden boot award.