The gutting of the Wellington Phoenix has continued in the wake of coach Mark Rudan's departure, with six more players moving on ahead of next season.

Former Socceroos striker Nathan Burns is among the latest group shown the door, bringing the number of players to confirm their exits to eight.

Goalkeeper Filip Kurto had already announced a two-season deal with Western United FC, the Geelong-based expansion club where Rudan is expected to be revealed as the inaugural coach. 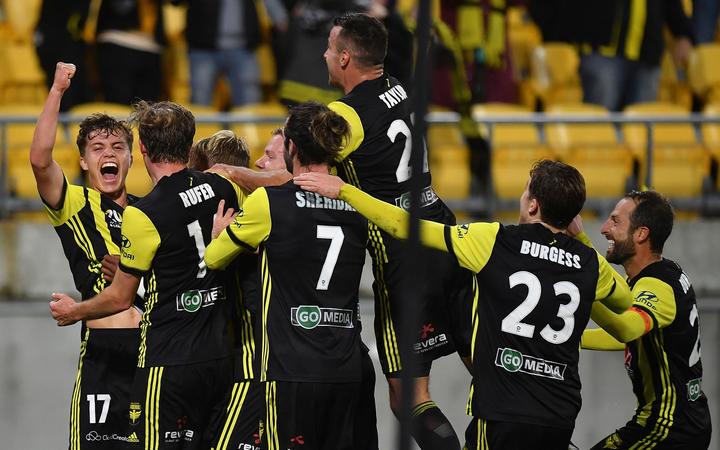 The Phoenix have just seven players contracted for next season. Photo: Photosport

The injury-plagued Burns couldn't replicate his golden form of four seasons earlier in his second Nix stint, failing to score in 10 appearances in 2018-19.

Sheridan managed one goal in 16 games, mostly off the bench, having joined the club in January alongside Golec and Gulley.

The latter pair were sporadically employed, along with Lowry, who leaves after three seasons of service.

Pole Kopczynski was solid at centre back or as a holding midfielder. The 26-year-old returns to Legia Warsaw after completing his loan spell.

New coach Ufuk Talay will arrive this week with just seven players confirmed for next season.

The club is still in talks with star strikers Roy Krishna and David Williams as well as captain Andrew Durante, the league's appearance record-holder who is deciding whether to play another campaign aged 37.

In-demand Johnny Warren Medal winner Krishna is expected to announce his intentions by the end of the month, saying his family will have a big part to play in his next contract.