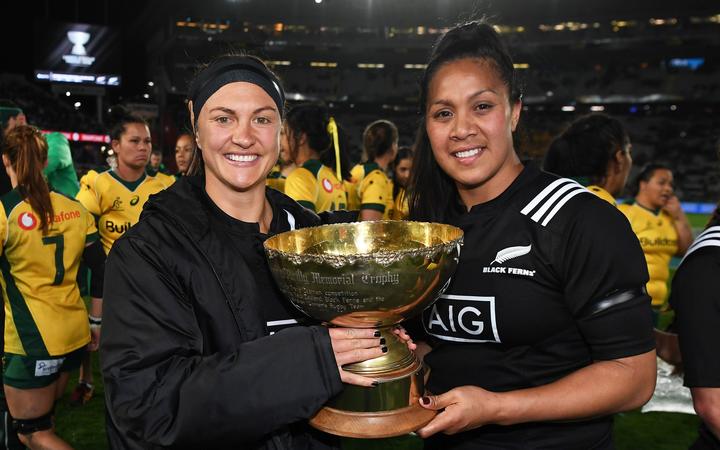 Elder, a specialist number 7, made her debut in the black jersey in 2015 and was part of the 2017 World Cup winning squad.

Kendra Cocksedge and Selica Winiata have been named as co-vice captains.

Black Ferns Head Coach Glenn Moore said Elder was a natural leader who had quickly made an impact on the culture of the squad since her debut in 2015.

"On the field Les is uncompromising, and her knowledge of the game is outstanding. Off the field she has the ability to bring players together and bring out the best in them. She is a clear communicator, setting high standards for herself for others to follow.

Moore has included seven new forwards and three backs. Three of the uncapped players have been named in previous squads but are yet to have their start in the black jersey.

The Black Ferns play Canada, USA and France in the Super series in San Diego in June and July before meeting England and Australia in August.

The Black Ferns squad is (Test caps in brackets, new caps in bold).