The PGA of America has defended the decision to allow John Daly to use a golf cart at this week's US PGA Championship in New York.

Daly, had his request to use a buggy at Bethpage Black approved under the Americans With Disabilities Act because of a knee problem.

The former British Open champion is down at 1,848 in the world rankings, but has a lifetime exemption in the US PGA Championship following his 1991 triumph at Crooked Stick.

Masters champion Tiger Woods seemed less than impressed by Daly being afforded a special dispensation to use the cart, quipping: "well, I walked with a broken leg", in reference to the final round of his 2008 US Open victory. 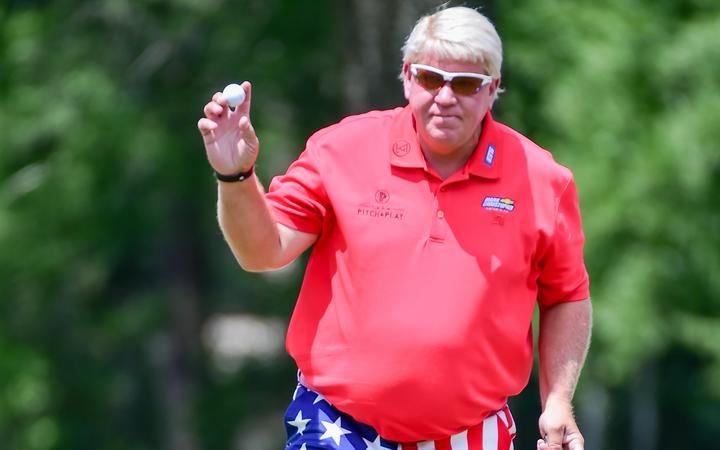 John Daly, now ranked 1,848th in the world, has been given permission to use a gold cart at the US PGA Championship. Photo: Photosport

However, PGA of America's chief championships officer Kerry Haigh maintained the correct decision had been reached.

"In this case, John went through the process, sent in the information that we request of any and all players that this applies to," Haigh said.

"We have a committee that meet, which includes a medical expert, and they review the information, and it was agreed that it justified the use of a golf cart for the championship."

Haigh confirmed it would be a topless golf cart and that he was set to meet with Daly to "just talk through where he can go and can't go" around the venue."

There is a warning sign posted on the Black Course, which is "extremely difficult" and "recommended only for highly skilled golfers".

PGA of America chief executive officer Seth Waugh said "I've never been in a cart here, obviously, but I think it's one of those places where a cart is actually less convenient than walking.

"Obviously I'm not trying to make a statement about John. I can understand why he'd be daunted by trying to walk this."