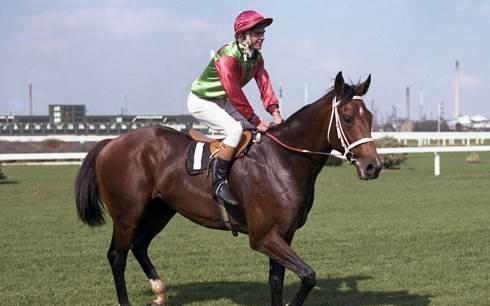 Balmerino has been inducted into the Australian Racing Hall of Fame. Photo: Supplied

The renowned 1970's New Zealand horse Balmerino has been inducted into the Australian Racing Hall of Fame.

In 1977 Balmerino, arguably the most travelled horse of its era, had 39 starts in New Zealand, Australia, the United States, England, Italy and France with 21 wins and nine seconds, including finishing runner-up in the Prix de l'Arc de Triomphe - a race many many consider him unlucky not to have won.

Foaled at Cambridge Stud in 1972, Balmerino was sired by French stallion Trictrac and was able to win over distances from 1200 metres to 3200 metres.

Balmerino went to Australia in 1976 have established himself as New Zealand's champion three-year-old, having won all the classic races for his age group including Auckland's New Zealand Derby, the Wellington Derby and four Guineas events.

He was named 1976 New Zealand Horse of the Year and owner Ralph Stuart rejected large offers to sell Balmerino but, after two further wins in New Zealand and a sixth in the Sydney Cup in early 1977, sent the horse for a northern hemisphere campaign.

In total Balmerino had 47 starts for 22 wins and 13 placings.

He was retired to stud in 1979 and stood with moderate success in New Zealand, where he sired 29 stakeswinners of 80 stakes races.