Opinion - Underwhelming. Yes, the fashion is to talk things up but the lasting impression from week 12 of Super Rugby was that surely New Zealand's teams are better than this. 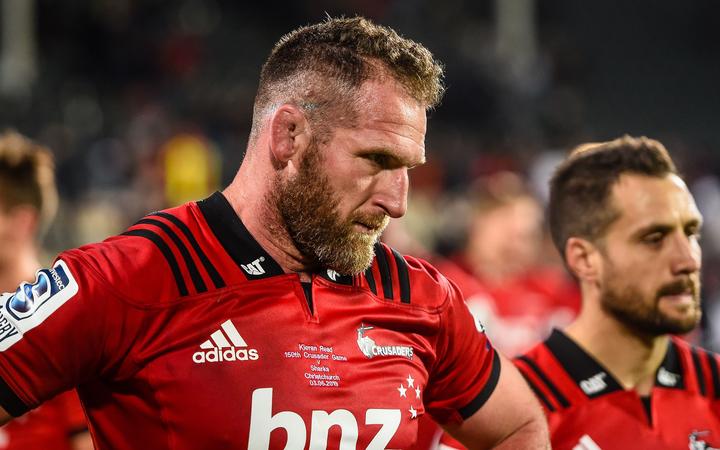 Kieran Read looking disappointed after the Crusaders' draw against the Sharks Photo: Photosport

Where have all the great scummagers gone? We'll get to the Crusaders vs Sharks game and some of the shenanigans that occurred there, but overall there's an alarming lack of solidity to New Zealand's set pieces.

Tighthead props such as Tyrel Lomax and Ofa Tu'ungafasi are becoming staples of the All Blacks' set up, but can they actually scrummage? Probably not.

The Hurricanes get done on a weekly basis and we've sat through an embarrassing spell where Angus Ta'avao was asked to try his hand on the loosehead side for the Chiefs.

As dull as scrums are, they remain the basis for a huge amount of each team's attack and, hell's teeth, even the Australian teams appear to scrum better than ours.

We love to lampoon Australian rugby and chuckle at how brittle their teams are, how inept at executing their skills under pressure, and yet their scrummaging and lineout drives regularly put those of the New Zealand sides to shame.

It's a genuine worry.

Crusaders No.8 Kieran Read has done his best to influence next week's refereeing, by highlighting all the ways in which the Sharks employed dubious scrum tactics during Friday's 21-21 draw.

Sometimes they pushed, at other times they pulled back and inevitably the scrums went down.

The Crusaders base so much of their success on set-piece domination. Year after year teams go to Christchurch with elaborate plans to break the Crusaders' defence, which all go out the window once they can't win any decent scrum or lineout ball.

Not the Sharks this week, nor the Lions last. Now the Crusaders go to Pretoria to meet the Bulls, where Read will hope his words mean the officials are focused on the home side's skulduggery.

The Crusaders weren't the only team miffed by the week 12 officiating, with stand-in Hurricanes skipper Beauden Barrett moved to ask Australian referee Nic Berry "is this a fair contest?'' during Saturday's clash with the Rebels. 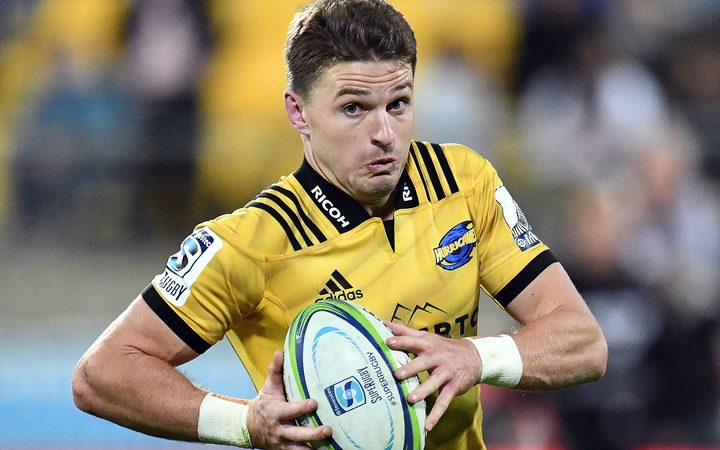 Beauden Barrett questioned some of the calls in the Hurricanes clash against the Rebels on Saturday night. Photo: Photosport

The Hurricanes did their best impression of 'the girl with the curl' in producing some sublime first-half football and then next-to-nothing in the second 40.

Again, their set-piece struggles hampered their ability to exit their half and get any play going, leading Barrett to wonder aloud if some of that was the referee's doing.

Good on the Hurricanes for winning 29-19, having led 26-0 at halftime. They're yet to produce a quality 80-minute performance this season, but they're winning more often than not and that's all you can really ask.

Whether they can translate that into a realistic tilt at the title remains to be seen.

The Highlanders will wonder how they could only draw 31-31 with the Chiefs. They looked the better side all night and yet couldn't close the game out.

Lock Jackson Hemopo was among their best, with blindside flanker Luke Jacobson similarly good for the Chiefs.

The effort from both teams was highly commendable and, if the match lacked anything, it was a playmaker of the ilk of Beauden Barrett, Richie Mo'unga or Damian McKenzie to kill the game off.

A genuine sigh of relief

Damian McKenzie's season-ending knee injury prompted some pretty alarmist comments. Good player and all, McKenzie is a guy in the nice-to-have bracket.

Your squad's better for his inclusion, but he's not essential to the winning or losing of a Rugby World Cup.

Ben Smith, on the other hand, arguably is. The Highlanders fullback has been superb again this year and should be a lock to wear the All Blacks' No.15 jumper.

But he has a history of head knocks and when you saw Saturday's collision it was hard not to think broken jaw and concussion. Thankfully it appears a hamstring strain might be the worst of it.

As for those Blues

Poor. Couldn't scrummage or defend the lineout drive and Otere Black again battled from first five-eighth, as a consequence.

For all the talk about a resurgence this season, the Blues' 4-6 record suggests little or no progress. 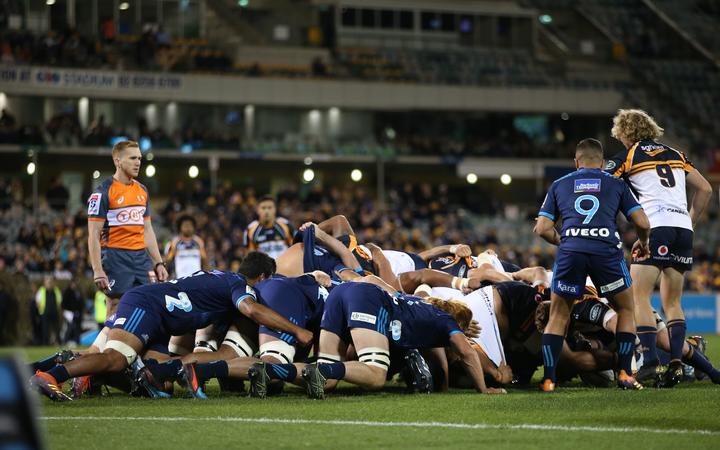 The Blues scrum wasn't up to scratch at the weekend, according to Hamish Bidwell. Photo: Photosport

On night's like Saturday's, against the Brumbies, you need your quality players to stand up. Captain Patrick Tuipulotu was on the bench, so he gets a pass mark, but where were No.8 Akira Ioane and second five-eighth Ma'a Nonu?

The occasion demanded a senior man to take responsibility for the outcome. To say, follow me boys, we're not losing to this lot.

The Brumbies are a limited team who rely almost solely on set-piece prowess, but finished deserved 26-21 winners.

Already without McKenzie, Brodie Retallick and Sam Cane, a lesser team might've decided Saturday wasn't their night. Not the Chiefs, as men such as Jacobson showed what's possible if you try hard enough.

It's a lesson one or two Blues players might learn from.

Jackson Hemopo might not quite be a test lock, or a test blindside flanker, but he remains a hugely admirable and influential Super Rugby player.

For workrate and toughness, there's few forwards around to match Hemopo and he'd let no-one down if All Blacks coach Steve Hansen came calling.