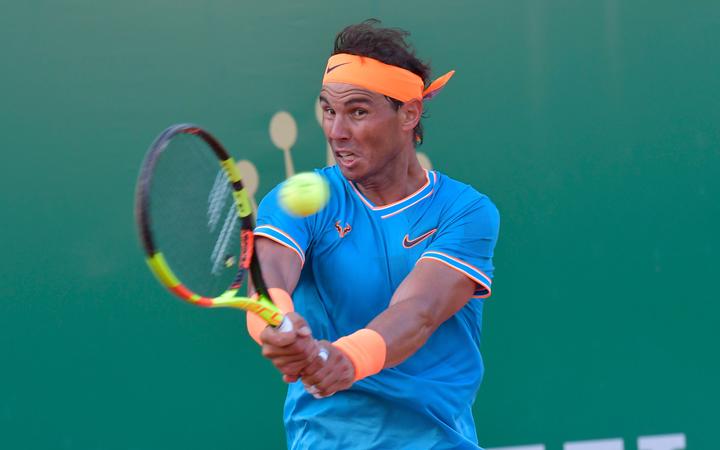 The 11-time champion's loss on Saturday ended a series of 25 consecutive sets won on his favourite clay as Fognini set up a final showdown against Serbian Dusan Lajovic.

In windy conditions at the Monte Carlo Country Club, the 11-time French Open champion was overwhelmed by Fognini, who entered centre court with all guns blazing.

Fognini's unpredictability, added to that of the weather conditions, were eventually too much for the Spanish world number two who bowed out on the fourth match point.

"I played a bad game against a good opponent. In that situation, you have to lose," Nadal told reporters.

"I probably played one of my worst matches on clay in 14 years."

It was world No.118 Fognini's fourth career win against Nadal in 15 encounters, the third on the slowest surface.

"It's always difficult against Nadal. I was saying yesterday I was annoyed I had to play against him. But I knew I had nothing to lose."

Lajovic trailed 3-0 and 5-1 in the opening set before going through the gears.

The 10th-seeded Medvedev could not hold the pace as winds swept across centre court and Lajovic quickly moved 4-0 up in the second set against a frustrated opponent, who bowed out on the second match point.

"It was an incredible match today," said world No.48 Lajovic, the lowest-ranked player to reach the final here since Hicham Arazi in 2001.

"In windy conditions like today, it was impossible to play real tennis and in the end I was able to hit my forehands better than him. I'm still unaware of my achievement in Monte Carlo."