Andrew Durante won't make a call on his future until the season is over, but the A-League's longest-serving player concedes Sunday could mark his farewell to Wellington supporters. 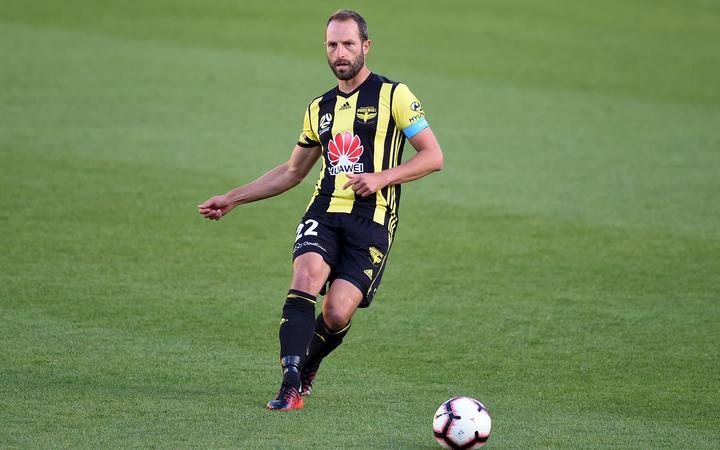 Phoenix coach Mark Rudan has already confirmed his departure at the end of the season and skipper Durante admits retirement is a possibility.

But the 36-year-old also won't rule out a 12th Phoenix campaign or even taking his family back to Australia and playing for a rival club.

It means the match against Melbourne City could be his last at Westpac Stadium, where he has notched up nearly half of his A-League record 311 games.

"Sometimes I feel like I've had a good career and I'm done and then other days I feel like my body is good and I'm performing well and maybe I can go around again."

Fifth-placed Wellington's hopes of finishing fourth and hosting a home game in the first weekend of the finals dipped considerably when Adelaide United beat Melbourne Victory 1-0 on Friday.

The Phoenix must pick up at least four points from their two tricky final games, home to sixth-placed City and away to leaders Perth, while hoping the fourth-placed Reds stumble away to Brisbane.

Durante has defied predictions by clocking up more minutes than any of his teammates this season, having missed just one game through suspension.

The enjoyment level has been higher than the central defender can remember at a club which has traditionally struggled.

Rudan's influence has been central to the team's transformation this season, Durante said, reflecting on how the charismatic Australian had brought more drive and embraced the Kiwi culture better than any of his predecessors.

He said he would be unimpressed if any supporters jeered on Sunday at Rudan, who is cutting his contract short for personal reasons.

"There may be a handful of people that won't ever forgive him but I think the majority of people can understand the situation," Durante said.

"What Mark's done at this football club and how he's turned it around in 12 months is pretty impressive.

"I don't think too many other coaches could have done that to be honest."

Durante wouldn't blame speculation over Rudan's future for crippling losses away to Adelaide and Brisbane in their last two starts.

He said the players had been aware for several months their coach was considering his options yet produced some of their best performances during that time.