New Zealand driver Mitch Evans has broken through for his and Jaguar's first win in the Formula E Championship, making amends for last year's disappointment in Rome. 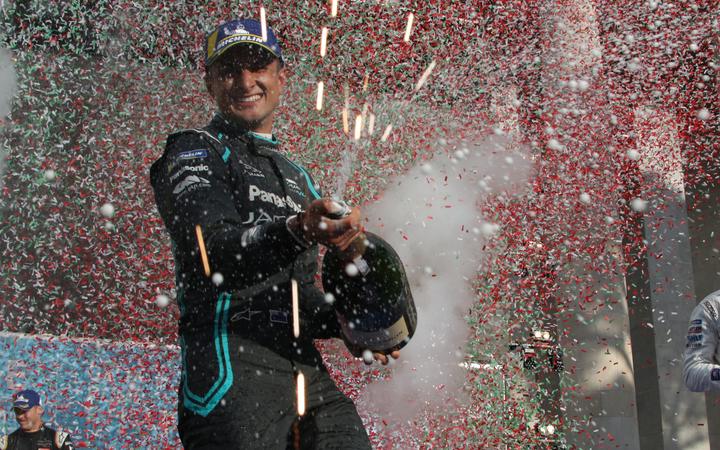 After starting from second on the grid and trailing pole sitter Andre Lotterer for most of the race, Evans passed the German with 16 minutes remaining, when he had his 'attack mode' engaged.

The Kiwi then managed to hold off Lotterer, crossing the finish line with only two per cent battery left.

He ran out of energy while leading last year's race in Rome.

"I had bad memories of last season but, surprisingly, I wasn't thinking about it," Evans said.

"Naturally, I grew and matured a lot since that race last year and it was tough to swallow but you gain a lot of experience from something like that."

Evans says "the win couldn't have come at a more important time".

"It's been a tough couple of seasons since we joined the championship but we made it happen today.

"It's a little later than we'd have liked but we'll take it and crack on with the championship and see what we've got."

Mitch Evans has climbed to fourth in what is a congested championship race.

The next Formula E race is in Paris in a fortnight.