All Whites striker Chris Wood scored twice as Burnley took a major step towards Premier League safety with a 2-0 win over fellow strugglers Cardiff City, which has left the Welsh club deep in relegation trouble. 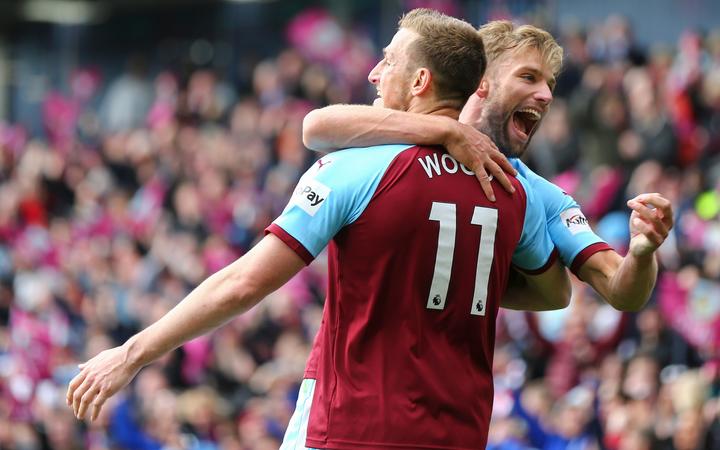 Cardiff, occupying the final relegation slot in 18th place, are on 28 points, five behind 17th-placed Brighton with five games remaining. Burnley, who have won three in a row, move up to 14th place on 39 points.

Wood, who had struck the post in the second minute, put the Clarets in front in the 31st minute with a fine header from a Dwight McNeil corner.

Cardiff were furious when referee Mike Dean reversed a decision to award a penalty for handball by Ben Mee after consulting with his assistant.

Junior Hoilett then wasted a great chance for Cardiff, blasting high over the bar after being found unmarked inside the area.

Burnley made sure of the win in stoppage time when Wood added his second goal, nodding home from close range after a winding run from winger McNeil.

Chris Wood has now scored 10 Premier League goals this season, equalling his tally from the 2017/18 campaign.

Having lost five of their previous six matches in all competitions, United looked short on confidence early on against West Ham, who had a goal ruled out in the 10th minute when Felipe Anderson was adjudged to be offside when finding the net.

That tight call went United's way, and soon after they were in front when Pogba hammered home a 19th minute penalty, much to the relief of home crowd.

Even with the lead, United remained sluggish and did not muster another shot on target for the rest of the first half during which they saw less of the ball than their visitors.

The interval did little to rejuvenate United with Anderson's first goal in 14 league games drawing the visitors level just four minutes into the second period.

Michail Antonio twice went close to completing the turnaround for West Ham, but United stole all three points after Pogba again converted from the spot 10 minutes from time.

Tottenham Hotspur's Lucas Moura has not played a major part in their season so far but the Brazilian's stunning hat-trick in a 4-0 victory over Huddersfield Town showed he is ready to step up in the absence of the injured Harry Kane.

Forward Lucas struck his first treble since moving to Europe and joining Paris St-Germain in 2013 as Spurs cemented their position in the Premier League top four with a thumping win over the already-relegated visitors at their new stadium.

He fired their second goal in the first half with a low drive, after Victor Wanyama had opened the scoring, and found the net again with two deadly strikes in three minutes near the end of a match Spurs always looked like winning comfortably.

The 26-year-old Lucas was understandably all smiles at the end and even brought his one-year-old son Miguel on to the pitch after the final whistle to the delight of the home fans.

Southampton made a big step towards securing Premier League football next season after two first-half goals from Nathan Redmond steered them towards a 3-1 home win over Wolverhampton Wanderers.

Still reeling from Sunday's 3-2 FA Cup semi-final defeat by Watford when they threw away a two-goal lead at Wembley, Wolves put in a turgid performance, creating precious little up front even with 70 percent of the possession.

They fell behind in the second minute when Redmond poked the ball into the roof of the net at the near post after James Ward-Prowse released Josh Sims on the right flank and the winger delivered a sharp low cross.

The visitors piled on the pressure after falling behind and drew level in the 28th minute as central defender Willy Boly rose above his marker to head home a Joao Moutinho corner, but their joy was short-lived.

Redmond restored the home side's lead barely two minutes later with a dinked finish after a defence-splitting pass from Danny Ings, who again carved the visitors open in the 32nd minute only for Sims to drag his shot wide.

Second-half substitute Shane Long sealed the contest in the 71st minute with an opportunist finish from three metres out, steering in a scrambled Maya Yoshida effort after the Japanese defender saw his initial overhead kick blocked.

Having won just twice all year in the Premier League, Brighton have been dragged into the scrap at the bottom and they fell behind to Dan Gosling's 33rd-minute strike -- his first league goal of the season.

Ryan Fraser's fine finish after a swift Bournemouth counter attack 10 minutes into the second half doubled the visitors' advantage.

Brighton's miserable afternoon continued as Anthony Knockaert was given a straight red card for a nasty lunge in the 68th minute.

There was no way back for Brighton after that, with David Brooks making sure of a first win in four league games for Bournemouth in the 74th minute. Callum Wilson's and Junior Stanislas's late goals completed the rout for the visitors.

Another home defeat means Brighton remain five points clear of Cardiff in 18th, having played a game less, with the pair meeting next in a crucial relegation battle, while Bournemouth moved on to 41 points and are all but safe.

Relegated Fulham dealt Everton's hopes of Europa League action next season a heavy blow at Craven Cottage as they beat their visitors 2-0 with goals from captain Tom Cairney and Ryan Babel.

After an action-packed but goalless first half, Cairney broke the deadlock just seconds after the restart when Ryan Babel raced down the left and into the area before cutting the ball back to him.

Cairney, one of the Cottagers' promotion-winning heroes last season, lashed his first Premier League goal in low past Everton keeper Jordan Pickford, putting his side on track for only their fifth win of an otherwise miserable campaign in the top flight.

Dominic Calvert-Lewin came nearest for Everton, hitting the post soon after the goal, but Babel sealed the win in the 69th minute, taking off on a solo run from the halfway line before coolly chipping the ball over Pickford.

Everton's loss means they stay ninth on 46 points. The Merseysiders have been climbing back into contention for Europa League action next season with their recent run of strong results, but need to reach seventh place to secure that.