Latest - The Crusaders coach Scott Robertson and senior players Sam Whitelock and Kieran Read agree there needs to be a discussion around changing the team's name, but they say now's not the time. 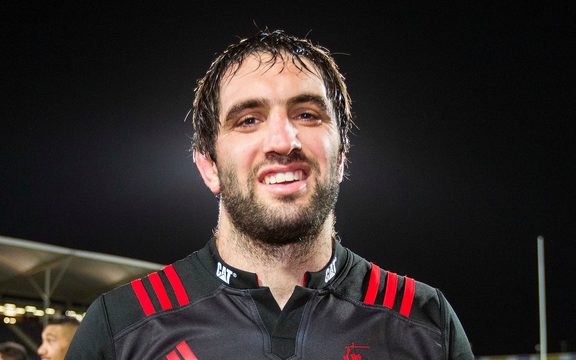 There's been debate over whether to rename the Super Rugby club after Friday's terror attacks in Christchurch in which 50 people were killed in shootings at two mosques.

Whitelock and co say the tragedy has hit them hard and they want to consult with the community, particularly muslims, about the name, but not while people are still grieving.

"At the moment this is bigger than rugby so we're just trying to make sure we take the appropriate time and make sure that we're respectful."

"Those decisions will be made in time but at the moment we're just trying to give everyone space where they need it and those things will happen in the future when it's most appropriate.

The franchise name is linked to the Crusades against Muslims in the 11th to 13th centuries.

Banks to make his first start for the Highlanders

The Highlanders have given Marty Banks his first start of the Super Rugby season for Friday's game against the Blues at Eden Park. 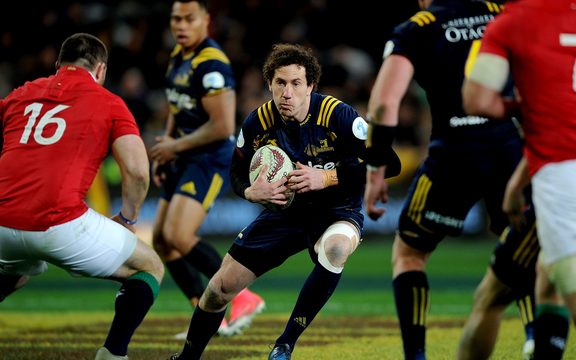 Josh Ioane drops to the reserves.

There are a number of changes in the forward pack from the side that was named to play the Crusaders with a new second row of Pari Pari Parkinson and Tom Franklin.

Last weekend's game between the Highlanders and Crusaders was called off because of the shootings in Christchurch.

The Highlanders are third in the New Zealand Conference with two wins, two losses and a draw, while the Blues have one win from four games.

All Black midfielder Sonny Bill Williams is reportedly in "informal" talks to return to the Bulldogs and the NRL. 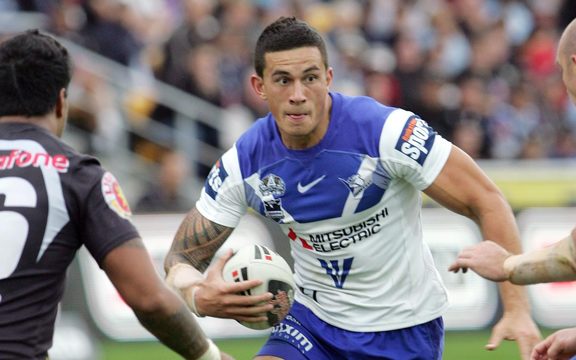 Nine's Wide World of Sports claims Williams has entered discussions with Bulldogs, 11 years after he controversially walked out on the Sydney club to play rugby in France.

Nine reports the Bulldogs hope to sign Williams for 2020.

He comes off contract with New Zealand Rugby after this year's World Cup in Japan. 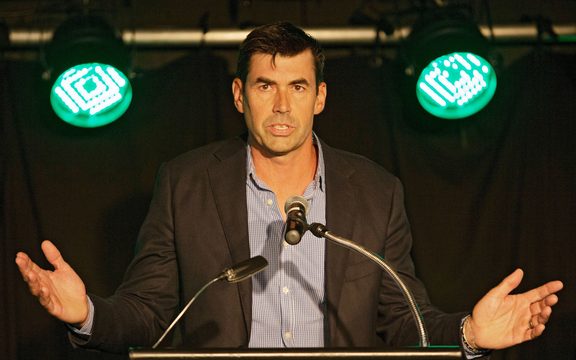 The Stars have announced that Fleming won't be seeking an extension to his contract, despite leading his side into this season's final, which they lost to the Renegades.

Fleming has steered the Stars to two finals in his four years at the helm and will continue to be involved with the Stars as their international talent advisor.

"I feel the time is right for me to step down and allow someone else to take the reins and the club forward," he said in a statement.

Fleming joins Daniel Vettori in making his exit after the former Black Caps spinner departed his role as head coach of the Brisbane Heat.

Fleming remains at the helm of the Chennai Super Kings, who he guided to last year's IPL title.

Luke back for the Warriors

Hooker Issac Luke is back for the Warriors following surgery and will make his return to the NRL off the bench in their game against Wests Tigers on Sunday. 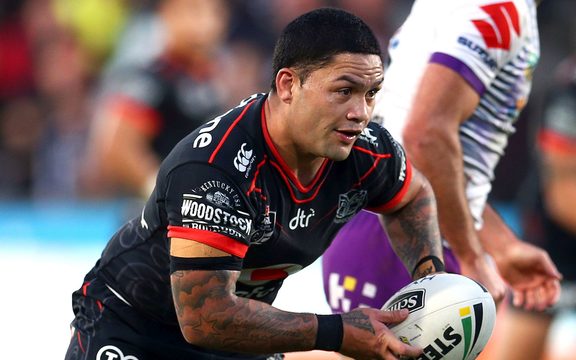 The Kiwi veteran missed both pre-season trials and the round one 40-6 victory over the Bulldogs as he recovered from off-season shoulder surgery.

Coach Stephen Kearney says Luke is no certainty to play.

Prop Isaiah Papali'i may also play after missing last week's game after being stood down as a sanction for a drink driving incident... he's also on the bench.

Otherwise it's an unchanged starting side from that which beat Canterbury.

Angels hook Trout for another 12 years

Reports in the US say baseball star Mike Trout is about to sign the richest contract in North American sport. 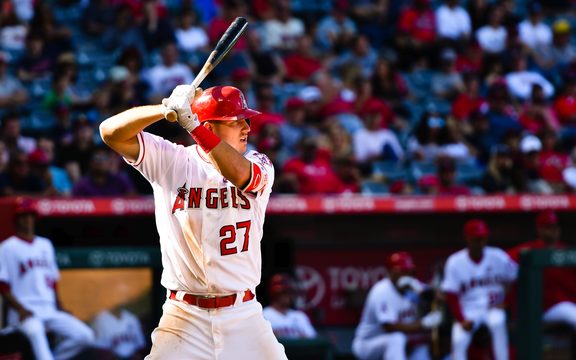 Trout, the outfielder for the Los Angles Angels, is closing in on a 627 million dollar 12 year deal to stay at the club.

There have been changes in the coaching staff at Rowing New Zealand with men's head coach Noel Donaldson resigning. 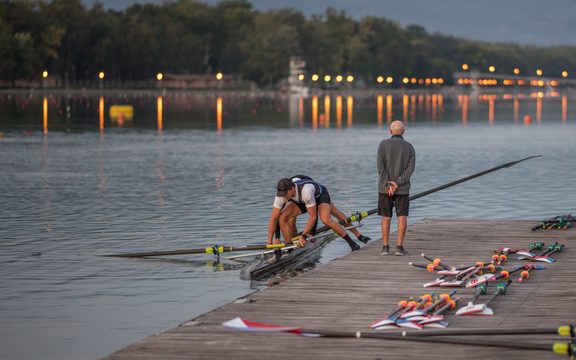 After six years with the sport, Donaldson will step down at the end of the month.

His major success was with the pair of Eric Murray and Hamish Bond in their unbeaten run between 2013 and the Olympic Gold medal in 2016. More recently he has coached Robbie Manson in the Single Scull.

Another milestone for Dirk 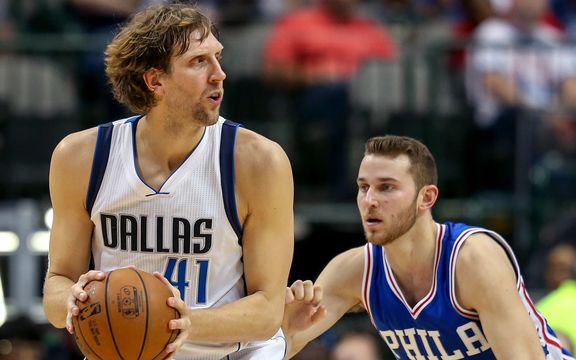 Dirk Nowitzki playing for the Dallas Mavericks in 2017. Photo: PHOTOSPORT

Nowitzki, who is expected to retire at the end of the season, surpassed the LA Lakers and Philadelphia 76ers legend during the first quarter, receiving a standing ovation from the crowd.

The 40-year-old's 31,424 points total puts him a place behind Michael Jordan.

LA Lakers' LeBron James went ahead of Jordan on the all-time list earlier this month.

Japanese Olympic Committee chief Tsunekazu Takeda, who is under investigation for suspected corruption, says he'll step down when his term ends in June and resign from the International Olympic Committee. 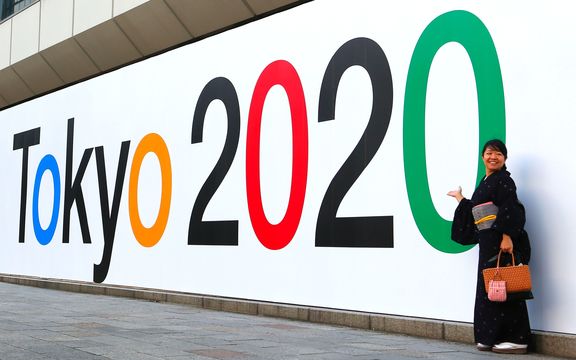 French prosecutors have questioned Takeda in Paris and placed him under formal investigation in December for suspected corruption in Tokyo's successful bid to host the 2020 Summer Games.

Takeda, who was president of the 2020 bid committee, said during a JOC board of directors meeting in Tokyo he would step down and not seek re-election.

Takeda serves on Tokyo 2020's Executive Committee but it remains unclear whether he would also be standing down from this role.

French investigators have led a years-long probe into corruption in athletics and in early 2016 extended their inquiry into the bidding and voting processes for the hosting of the 2016 Rio de Janeiro and the 2020 Tokyo Olympic Games.

The IOC's ethics commission has opened a file on Takeda, who chairs the body's marketing commission. Takeda has been a member of the IOC since 2012.

South and North Korea's football associations have registered interest in jointly hosting the 2023 Women's World Cup, in another potential sporting detente after their unified team competed at the Winter Olympics.

Each nation has until April 16 to make its final submission, with a decision expected in March next year.

In an effort to ease political tensions on the divided Korean peninsula, a unified team from north and south competed at last year's Winter Olympic Games in Pyeongchang. They also fielded joint teams under a common flag at the Asian Games in Jakarta and Palembang.

Newcastle Jets coach Ernie Merrick has had a $3,000 fine for a breach of the Football Federation Australia's national Code of conduct rescinded and been given a suspended one-match ban. 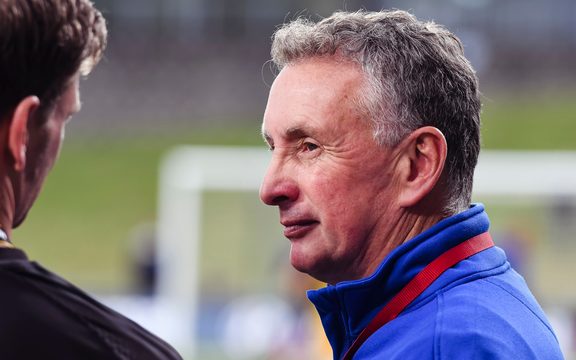 Merrick appealed against the original penalty levied on him for statements he made in the post-match media conference after the A-League Round 16 match between Newcastle and Perth Glory on January 27.

The Jets released a statement saying the committee noted that their conclusion was reached with 'some difficulty' citing the struggles faced by coaches when fronting the media post-match to remain within the confides of the Code.

Australia will welcome back Steve Smith and David Warner with "open arms" when their international bans expire and their inclusion will boost the team's chances of winning this year's World Cup, former leg-spinner Shane Warne has said.

Smith and Warner were suspended for 12 months for their roles in a ball-tampering scandal in South Africa last year and can return to top-level cricket at the end of the month.

While the bans end in time for the pair to play the final two one-day internationals of the five-match series against Pakistan, neither was included in the squad as they are both recovering from recent elbow surgery.

"I think Smith and Warner will be accepted with open arms. They have done their time. They are not bad people, they just made a bad mistake," Warne, who claimed 708 wickets for Australia in 145 tests, told Sky Sports.

World champions Australia picked up a 3-2 ODI series win in India, gathering momentum in time for the May 30-July 14 World Cup in England and Wales.

"The way Australia are playing at the moment, I wouldn't write them off and I think they can win the World Cup," Warne added.

Coach Warren Gatland believes newly-crowned Six Nations champions Wales can lift the World Cup in November if they continue the form they have shown over the past 12 months. 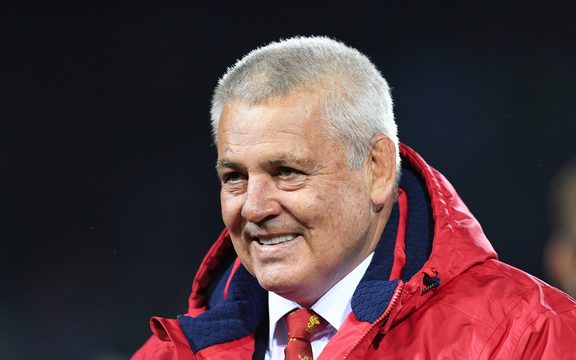 Wales convincingly beat Ireland in Cardiff at the weekend to claim the Grand Slam and a first Six Nations triumph since 2013, moving up to second in the World Rugby rankings behind World Cup holders New Zealand.

Gatland's 12-year coaching stint with Wales ends after the World Cup and he set his sights on the sport's ultimate prize while speaking at a ceremony in Cardiff to celebrate the Six Nations triumph.

"I promise you that these guys will give 100 per cent in every game at the World Cup and, if we play as well as we have for the last year, then we can bring home the World Cup," New Zealander Gatland told the crowd.

Wales are on a national record 14-match winning run, which includes victories over Argentina, South Africa and Australia last year.

"You need a little bit of luck and hopefully we don't pick up too many injuries," Gatland added.

"We'll have a few months preparation and, as we have in the last few World Cups, we'll be one of the fittest teams, if not the fittest, there."

Departing Adelaide United coach Marco Kurz says there's no point signing a fresh contract with the A-League football club because of a lack of "common vision".

"During my meeting with Piet I realised quickly that we do not have a common vision for the future of Adelaide United," Kurz said in a statement.

"Our goals are very different and therefore a renewal of my contract does not make sense."

Kurz, who has been linked with the vacant Brisbane Roar coaching job, will remain as Adelaide's coach until season's end.