Kangaroos winger Dane Gagai has backed Stephen Kearney's calls for the NRL to look at the rules that allow attacking players to be tackled mid-air after collecting kicks. 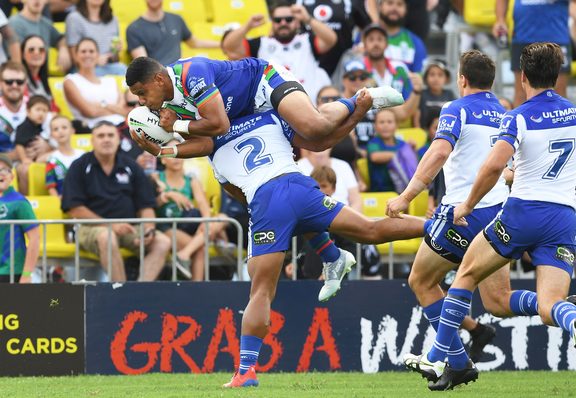 Warriors coach Kearney was left concerned after winger David Fusitu'a was hit mid-air by Canterbury winger Christian Crichton on Saturday while leaping to catch a cross-field kick, flipping him around before he hit the ground.

While a player cannot be tackled in mid-air when fielding a kick from the opposing team, an attacking player can.

"It should be looked at before something really bad happens."

Gagai's comments came after Kearney said on Saturday he planned on making a submission to the NRL over the rule.

England's Football Association has announced there will be a tribute to the people killed in last week's mosque attacks in Christchurch before England's Euro 2020 qualifier against Czech Republic at Wembley this weekend.

In a statement on its Twitter feed, the FA said: "We will pay tribute to the victims of the tragedy in New Zealand at the England v Czech Republic match on Friday 22 March. We will remember everyone affected by the terrible events in Christchurch."

The attacks, the worst in New Zealand's history, were marked with silences before last weekend's Six Nations games and rugby league matches but British professional football did not do likewise.

The former chair of the FA race equality board Yunus Lunat criticised football's failure to honour the victims, contrasting it with the game's response to previous acts of terrorism such as the attacks on Paris in November 2015.

Afghanistan have registered their first cricket test victory after beating Ireland by sevens wickets in a one-off contest in Dehradun.

Chasing 147 for the victory, Afghanistan rode a 139-run stand between Rahmat Shah and Ihsanullah Janat to romp home for a memorable win nine months after their humbling test debut against India.

After falling two short of becoming Afghanistan's first-ever test centurion in their first innings, Shah grinded out an impressive 76, while Janat remained not out on 65.

Both Ireland and Afghanistan were playing their second-ever test since being awarded a full member status in 2017.

Pulse do it again

The Pulse remain unbeaten in the ANZ netball Premiership after beating the Northern Stars 61-50 in Papakura. 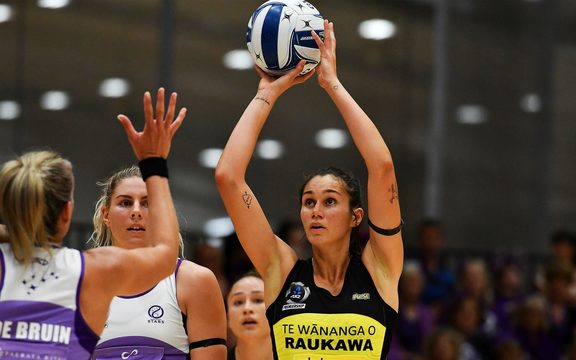 The Stars were without their influential midcourter Temepara Bailey, who was nursing a quad strain, and her absence was telling.

A second quarter rush from the Pulse, who outscored the Stars by nine goals in those 15 minutes, was ultimately key to their victory. And goal shoot Aliyah Dunn, the match MVP, was almost unstoppable under the hoop, shooting 43 from 45 (96 percent) and keeping up her record as the most accurate shooter in the ANZ Premiership competition.

The Pulse are second on the table, a point behind the Southern Steel who have played an extra game.

The Stars remain third with a three win-two loss record.

Chelsea have lodged a formal complaint with UEFA over racist abuse aimed at Callum Hudson-Odoi during the closing stages of last week's 5-0 Europa League win away to Dynamo Kiev.

During the last two minutes of the match, 18 year old winger Hudson-Odoi, brought the incident - which Press Association Sport understands to have been monkey chants from a small group of 'ultras' home supporters in the corner of the end Chelsea were attacking - to the attention of team-mate Cesar Azpilicueta.

Shortly after the final whistle, defender Azpilicueta went up to the referee to complain about the abuse.

When Hudson-Odoi left the pitch, he told the club of the incident. Chelsea chairman Bruce Buck and club secretary David Barnard swiftly sought out the UEFA delegate and reported it to him.

The NRL has taken a TV ratings hit with 85,000 fewer people tuning in to round one compared to last year. 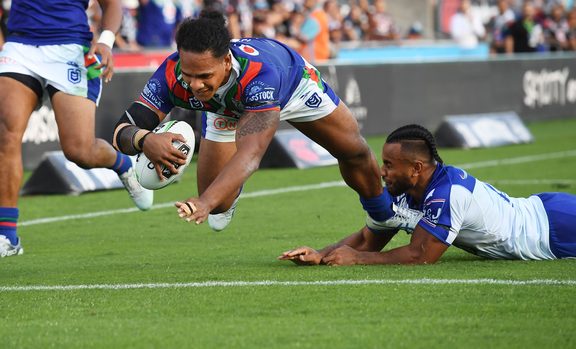 All eyes were on how viewers would respond following the game's off-season from hell which has dragged the game's name through the mud and prompted the ARL Commission to introduce its controversial "no fault" stand down rule.

Despite round one getting off to a flying start with a bumper audience tuning in to the Melbourne v Brisbane season opener, numbers flagged across the weekend.

Just 181,000 tuned in to see the Warriors thrash the Bulldogs, compared with 274,000 who viewed the Sydney Roosters-Wests Tigers thriller in the corresponding Saturday-opening game last year.

A Belgian racing pigeon called Armando has sold at auction for nearly 2 million dollars, more than three times the world record, after a bidding war between two Chinese fanciers.

Chinese enthusiasm for the long-distance racing of homing pigeons has driven prices up sharply, with birds from the traditional heartland of the sport in Belgium being particularly prized.

However, until the furious bidding, the record price stood at 376,000 euros. Armando, a record-breaking long-distance racing champion owned by Joel Verschoot, was eventually sold to an anonymous buyer in China for 1,252,000 euros.

In an indication of how the buyer may hope to recoup the investment, not only can race prize money in China reach seven figures but seven of Armando's offspring were also auctioned for an average price of 21,500 euros each; the five-year-old Flemish flier may have highly profitable breeding years ahead of him.