Dillon Hunt scored a match-winning try with six minutes left as the Otago Highlanders once again fought back to record a 36-31 victory in their Super Rugby game against the Queensland Reds in Dunedin. 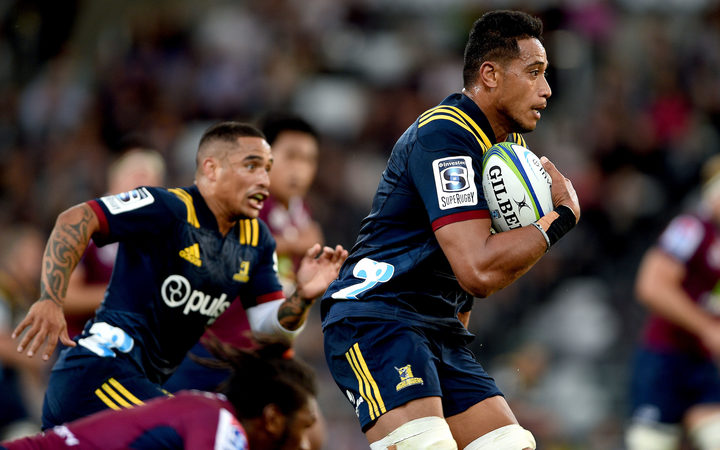 The Highlanders, who had to rally against the Waikato Chiefs last week before going on to win 30-27, got two tries from Shannon Frizell while Rob Thompson and Ben Smith also crossed.

The home side looked to have taken control just before halftime but made a string of errors that prevented them from putting the game out of reach.

The match was played at a high tempo and raged from end-to-end at times, but both sides were also guilty of patchy tackling, with Reds' captain Samu Kerevi and centre partner Jordan Petaia effective at breaking the Highlanders' line.

The hosts conceded an early penalty to Reds fullback Bryce Hegarty but were in command as they approached halftime with Frizell and Smith crossing within the space of four minutes to give them a 24-10 lead.

The Reds, however, struck back on the stroke of halftime as Kerevi and Petaia combined to give Sefa Naivalu space on the sideline before the winger's pass found Sorovi running a superb inside support line.

Frizell grabbed his second try following an attacking lineout shortly after the break but the Reds did not let the Highlanders get too far ahead as Rodda finished off a sweeping counter that started deep inside their own 22-metre area when Tei Walden dropped the ball.

An uncharacteristic error by All Blacks fullback Smith gave the Reds the field position they needed to hammer at the line with Fotuaika smashing over for his first try and Hegarty's conversion giving the Reds a 31-29 lead.

However, the Highlanders got their noses back in front to claim victory after a Matt Faddes break set up Hunt for his try.