A great comeback, a red card, and a questionable haircut were all on the minds of the assembled media in the bowels of Waikato Stadium last night. 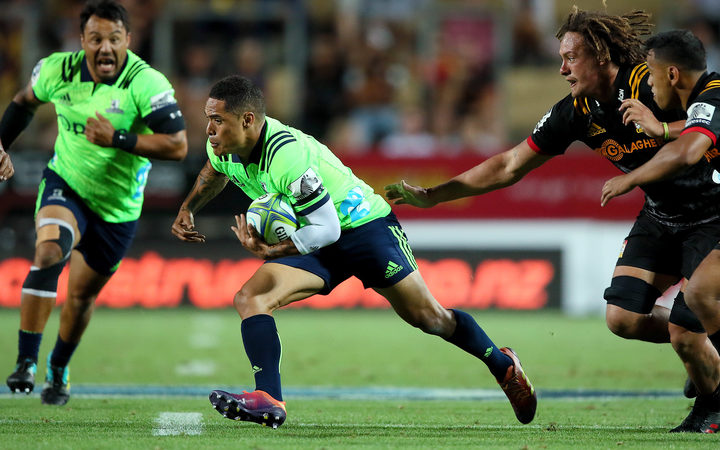 The number out to report on the Chiefs' game against the Highlanders was higher than usual - this time last year there would have been about three of us.

But it's a World Cup year so that number tripled last night - and we got a decent idea of what this season will be like for the All Blacks who will go to the cup games, thanks to the man with the fastest mouth in rugby.

Aaron Smith, fresh off scoring the winning try in the Highlanders' 30-27 win over the Chiefs last night, was understandably in a good mood. He was happy to talk us through what Super Rugby in 2019 will entail for him in terms of being managed through his games.

"The coaching staff monitor our minutes," he told us after coming off the bench for the final half hour of the game.

"At that 50 minute mark I was ready to go... obviously there are plans around it.

"I know our plan going forward for the next month."

Smith and the rest of the key All Blacks have strict limitations imposed on them regarding the minutes they play. It's something the Highlanders halfback clearly has difficulty with, but has accepted for the greater good.

"You just kind of got to trust the process. It's set up for you to be around at that back end of the year. It's hard as a player, because you want to be there for your team, but you have to step back when it's your turn to rest.

"I've only been a part of one World Cup year (2015), and it was pretty weird. It was very hard to sit out, because they don't let you come in all week (to train with their Super Rugby teams), so you actually have to take a whole week out of the environment. It's like being told off: don't come in! It's always kind of awkward." 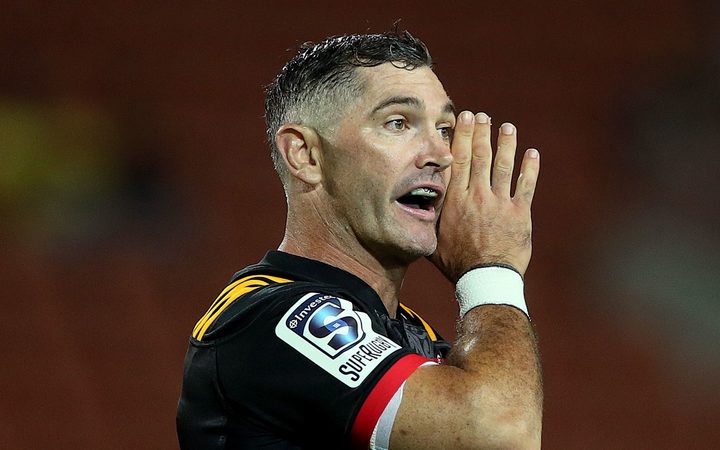 Also awkward was the reaction to Stephen Donald's haircut. The man who could seemingly do no wrong after his 2011 World Cup final heroics stuck out like beacon when he entered the field in the second half, mainly because he looked like he had done the cutting himself. The look was high and extremely tight - however Donald at least admitted he may have made the wrong choice stylistically.

"The boys have quite enjoyed that today, when I unveiled it. I was trying to look a bit younger and lessen the greys, but I came out looking like one of the Peaky Blinders," he said in reference to the television show about Birmingham gangsters set in the early 1920s.

In his defence, Donald probably needed a bit more time to get himself organised. In a story that will sound eerily familiar to everyone, Donald was out on his boat fishing last week, before he got his emergency call to the Chiefs squad after injuries to Damian McKenzie and Jack Debrezceni.

And that's just two of the injuries that the Chiefs are dealing with. Their casualty ward is somehow already in double figures after only 80 minutes of actual rugby - and one of them is captain Brodie Retallick. After what Smith told us, it seems likely he may get wrapped in cotton wool for a little while.

There was plenty more to talk about, too. Nathan Harris seems to have somehow reinvented himself as a human highlight reel; Etene Nanai-Seturo looks like he will live up to the hype; and Josh Ioane showed that there would be life after Lima Sopoaga for the Highlanders.

It was a jovial enough start to what will be a huge year for everyone involved in New Zealand rugby. Maybe they knew things are going to get an awful lot more serious later on.