A bumper crowd and a ding-dong battle with the defending champions provided Wellington Phoenix with a precursor of what to expect if they reach the A-League finals. 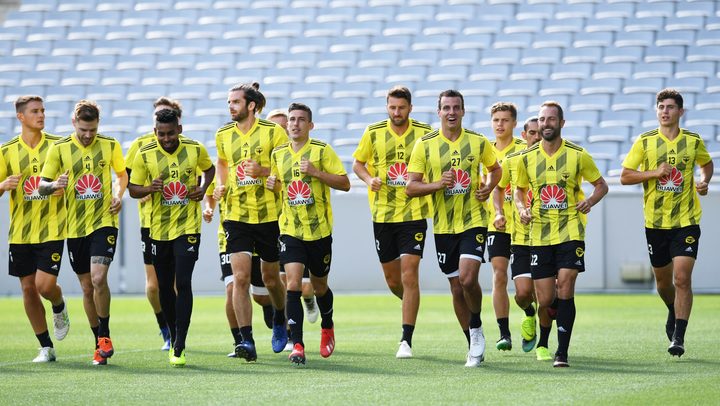 The Wellington Phoenix are having a much improved 2019 season. Photo: Andrew Cornaga/Photosport

Coach Mark Rudan says they'll need to handle the occasion better following a 1-1 draw with Melbourne Victory he believes underlines how far his team still have to go.

While most in a crowd of 22,648 left Auckland's Eden Park happy at witnessing an end-to-end contest peppered with nearly 40 shots in total, ambitious coach Rudan was less enamoured.

When it became apparent the crowd size would be triple what they normally attract in Wellington, Rudan asked his players to respond.

They did so with a bright but flawed display, with Roy Krishna's second-half strike cancelled out via a Victory penalty, converted by their Japanese superstar Keisuke Honda.

It was the third exciting draw with the champions this season, something which Rudan said Phoenix supporters could feel satisfied about, depending on whether their glass was half-full or half-empty.

However, he felt unhappy some Wellington players didn't respond to what was the club's record-sized home crowd for a regular season game.

"I was disappointed not so much with the result as much as we weren't at our levels," Rudan said.

"Certain individuals probably weren't there tonight, for whatever reason. We were nowhere near our best. I would say we were about 70 per cent ... I know there's a lot more that this team can give." 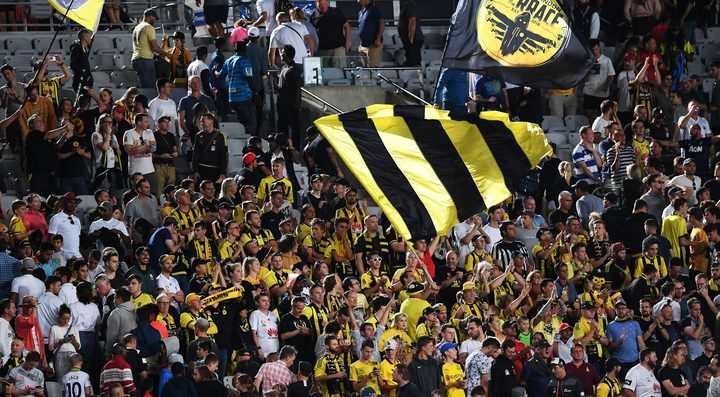 Victorious in just one of their last six games, Rudan wondered if the busy January schedule was still affecting his players.

They'll need to snap out of it ahead of next week's "home" match against Sydney FC at Campbelltown Stadium.

Rudan doesn't like to talk about defending a top-six spot, instead targetting a push into the top four.

"We still do want a home final. There's no reason we can't achieve that," he said.

"This game was a good chance to recreate what could be happening down the line in a couple of months time. We'll take what we need to out of it."