The exodus of All Blacks after this year's Rugby World Cup continues with prop Owen Franks signing with English club Northampton. 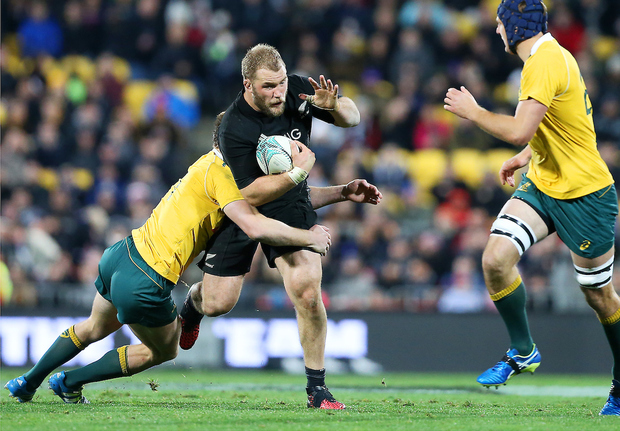 Owen Franks in action during the match. Photo: Photosport

Franks will join older brother Ben and former All Black prop Ben at Northampton - and says the move presents a great opportunity to test himself in a new rugby environment, and reconnect with family there.

Franks has been named to start for the Crusaders in their Super Rugby opener tomorrow night against Blues in Auckland.

"While I know I'll look back at the end of my time in New Zealand with an immense amount of pride, I still have a lot I want to achieve this year and some big goals to tick off before I leave," Franks said in a statement.

"New Zealand will always be home, but Northampton presents a great opportunity for me to test myself in a new rugby environment, and reconnect with family there."

"He's looking for a new challenge and obviously with Ben here, the attraction of playing with his brother and finishing his career with Ben was a big factor for him," Saints director of rugby Chris Boyd told BBC Radio Northampton.

"You ask any All Black who the most professional All Black has been in the last decade, 100% of those people would say Owen Franks - his attention to detail around his preparation, the way he plays the game, he's just meticulous."

He will also join New Zealand team-mate Matt Proctor at Franklin's Gardens next season, the centre having signed from Hurricanes last month.