Caster Semenya's lawyers say the world and Olympic 800m champion is "unquestionably a woman" before a court case against athletics' governing body.

Semenya is challenging a proposed IAAF rule that aims to restrict the levels of testosterone in female runners.

The Times reported that IAAF lawyers will say Semenya, 28, is a "biological male" as well as classified as female.

The IAAF has denied it will class any athlete with "differences of sexual development" (DSD) as male. 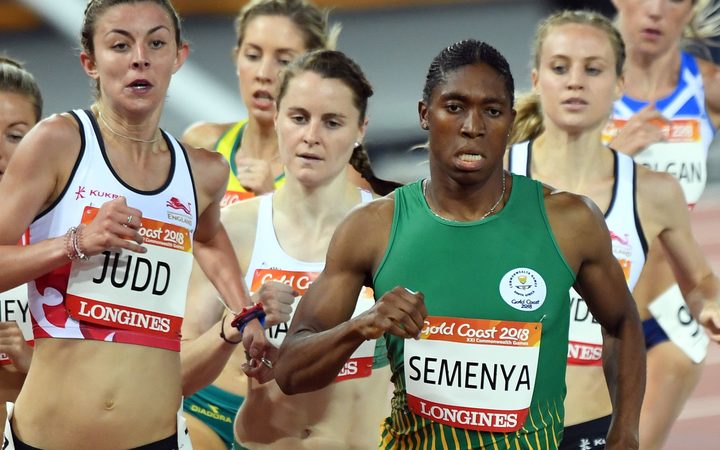 "Ms Semenya is unquestionably a woman," said Semenya's lawyers in a statement on Thursday.

"She is a heroine and an inspiration to many people around the world.

"Ms Semenya is fighting for her right to run without being required to undergo unnecessary medical intervention - she is fighting to run free."

The case will be heard at the Court of Arbitration for Sport (Cas) next week.

The IAAF intended to bring in new rules on 1 November last year but put that back to 26 March to wait for the outcome of the legal challenge from Semenya and Athletics South Africa.

The rules will apply to women in track events from 400m up to the mile and require that athletes have to keep their testosterone levels below a prescribed amount "for at least six months prior to competing".

Semenya's lawyers said she asks to be "respected and treated as any other athlete".

"Her genetic gift should be celebrated, not discriminated against."

The IAAF said it accepted the legal sex of DSD athletes - of whom Semenya is the most notable - "without question" and permit them to compete in the female category.

"However, if a DSD athlete has testes and male levels of testosterone, they get the same increases in bone and muscle size and strength and increases in haemoglobin that a male gets when they go through puberty, which is what gives men such a performance advantage over women," it added.

"Therefore, to preserve fair competition in the female category, it is necessary to require DSD athletes to reduce their testosterone down to female levels before they compete at international level."

IAAF lawyer Jonathan Taylor told The Times that if Cas rules that the governing body cannot implement the new rule, "then DSD and transgender athletes will dominate the podiums and prize money in sport, and women with normal female testosterone levels will not have any chance to win".

In response, Semenya's lawyers said: "There are different regulations for DSD athletes and transgender athletes.

"Ms Semenya respects the rights and interests of transgender athletes around the world.

"Her case, however, is about the rights of women such as Ms Semenya, who are born as women, reared and socialised as women, who have been legally recognised as women for their entire lives, who have always competed in athletics as women, and who should be permitted to compete in the female category without discrimination."

Semenya, a two-time Olympic champion and three-time world champion, has previously been asked to undertake gender testing by athletics chiefs, but no results have officially been made public.

Her lawyers repeated the statement the South African made when she announced she would fight the rules last year: "It is not fair. I just want to run naturally, the way I was born.