The New England Patriots have claimed the Lombardi Trophy for a record-tying sixth time, defeating the Los Angeles Rams 13-3 in a Super Bowl LIII slugfest in Atlanta, Georgia. 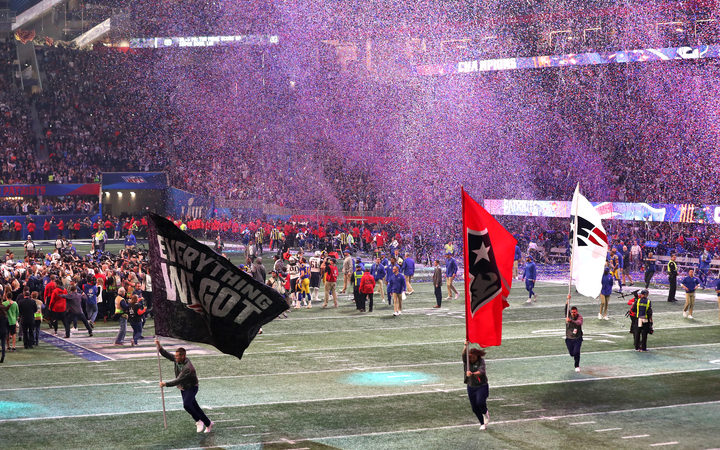 A clash of generations at quarterback and head coach, this was billed as a battle between 41-year-old Tom Brady and 66-year-old Bill Belichick of New England and 24-year-old Jared Goff and 33-year-old Sean McVay of Los Angeles.

Instead it was the placekickers, punters and the defensive play-callers, Wade Phillips of the Rams and Brian Flores of the Patriots, who controlled much of the action - or lack thereof. It was the first Super Bowl without a touchdown by either team through three quarters, and the lowest-scoring Super Bowl (3-3) entering the fourth.

Brady being Brady, he came through when it mattered and helped the Patriots match the Pittsburgh Steelers with six Super Bowl rings.

Taking over at their own 31 after the Rams' ninth punt, the Patriots marched 69 yards in five plays to score the game's only touchdown and take a 10-3 lead with seven minutes to play. Brady was 4-for-4 for 67 yards on the drive, including a 29-yarder to Rob Gronkowski to set up Sony Michel's two-yard touchdown run. It was the rookie's sixth TD of the postseason.

The Rams roared right back, driving to the New England 27 in five plays. On the sixth play, Stephon Gilmore and Duron Harmon broke up a potential touchdown catch by Brandin Cooks. On the seventh play, Gilmore picked off an errant throw to Cooks with 4:17 left as Goff tried to avoid a Patriots blitz.

Capping a nine-play, 72-yard drive, Stephen Gostkowski then iced the game for the Patriots with his second field goal. His 41-yarder stretched the lead to 10 with 1:12 remaining.

Brady completed 21 of 35 passes for 262 yards and one interception. Julian Edelman caught 10 passes for 141 yards, and Michel rushed 18 times for 94 yards.

"It was an unbelievable year," Brady told CBS on the field after the game. "We just fought through it more so than anything. It's unbelievable to win this game. We've been this far and lost, which is really tough. I wish we had played a little better on offense, but we won and it's unbelievable. 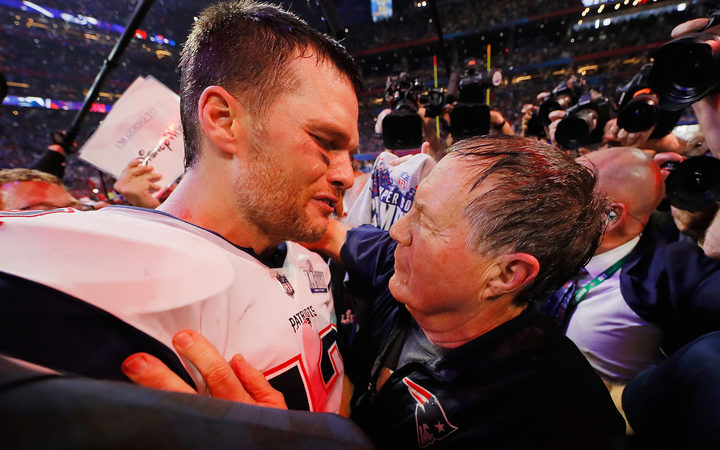 After eight straight Johnny Hekker punts to begin the game, the Rams made it 3-3 on Greg Zuerlein's 53-yard field goal with 2:11 left in the third quarter. Los Angeles left some points on the field, however, as three plays earlier, Goff was late throwing to a wide-open Cooks in the back of the end zone, with the throw broken up by Jason McCourty.

After two weeks of buildup, the showdown started slowly with the ninth scoreless first quarter in Super Bowl history. The Patriots have been involved in five of those - and won all five. New England took a 3-0 lead into halftime on Gostkowski's 42-yard field goal in the second quarter.

The Rams had more punts (six) in the first half than first downs (two) or completions (five). The NFL's number two offense in both scoring and yards during the regular season, L.A. reached intermission with 57 total yards.

The Patriots tallied 12 first downs and gained 195 yards in the half but mustered only three points, despite four trips inside the Rams' 35. Gostkowski missed his first field-goal attempt (46 yards), and Brady had the half's only turnover, a deflected interception on his first pass attempt. New England also failed on fourth-and-1 late in the half.

Neither team reached the red zone before the break. It was the second-lowest-scoring first half in Super Bowl history. The Pittsburgh Steelers led the Minnesota Vikings 2-0 at halftime in Super Bowl IX.