President Donald Trump says he wouldn't steer son Barron toward football, saying it's "a dangerous sport," but also wouldn't stand in the way if the soccer-playing 12-year-old wanted to put on pads. 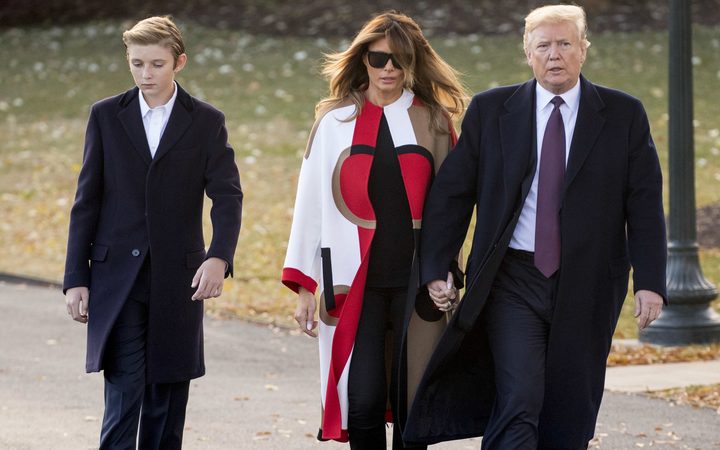 Trump, the self-confessed NFL fan, told CBS before the Super Bowl that football is "really tough."

He said equipment, including helmets, has improved "but it hasn't solved the problem."

Studies in America have found an increasing number of retired NFL players who suffered concussions during their playing days have developed memory and cognitive issues such as dementia, alzheimers, depression and chronic traumatic encephalopathy (CTE).

Trump thinks the NFL "is a great product" but as for Barron playing, the president calls it a "very tough question."

The president said many people, "including me, thought soccer would probably never make it in this country, but it really is moving forward rapidly."

Trump has, in the past, bemoaned that football games have become less violent. The NFL and college football have increased penalties and enforcement for illegal hits to the head and for hitting defenseless players.

"They're ruining the game," he said during a rally in Alabama in September 2017.

He said players were being thrown out for aggressive tackles, and it's "not the same game."

President Barack Obama, the father of two daughters, said in a 2013 interview with the New Republic that he would "have to think long and hard" before letting a son, if he had one, play football because of the risk of head injuries.