Opinion - This year there is one team that doesn't really get any love and another that everyone loves to hate. 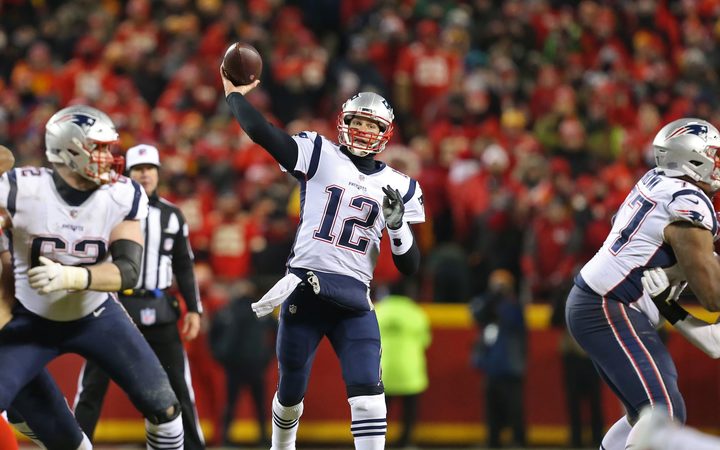 That's who will line up against each other in Super Bowl LIII (that's 53 for all of you who don't know Latin) in Atlanta tomorrow (New Zealand time). That's just a couple of the seemingly endless storylines in this year's edition of American sport's biggest and often most ridiculous day of the year.

After a 13-3 season, the Los Angeles Rams are in their first big dance since Super Bowl XXXVI back in 2002. They face the New England Patriots and it's fair to say the perceptions of both teams have changed quite dramatically since then - not to mention the perception of the sport itself.

Back then, they were the St. Louis Rams. They had moved there from LA in 1994. They were, like they are tomorrow, favourites to beat the Pats.

But because American sports loves an underdog story and a bit of Hollywood symbolism, things took a dramatic turn. It had only been four months since the September 11 attacks, so it was fitting that the team in red, white and blue called the Patriots won the game with a field goal as time expired.

It felt good, America needed it. Everyone loved the Patriots young quarterback Tom Brady, himself a genuine underdog story after not getting drafted until the sixth round.

Fast forward to 2019 and the Rams have moved back to LA after calling the NFL's bluff and being forced to head to a city far more preoccupied with the NBA.

Tom Brady is still with the Patriots, but instead of being the clean cut, inspirational athlete he started out as, he's changed character to one of the most divisive men in the country.

Not unlike Donald Trump, who Brady, Pats coach Bill Belichick and team owner Robert Kraft, haven't exactly been shy in promoting their association with. Plus there's the fact that Brady and Belichick have been entangled in numerous cheating allegations over the years.

That leads on to the fact that saying you're an NFL fan these days is, well, kind of problematic. It has been dominated in the non-sports and social media realm by the protest that former San Francisco 49ers quarterback Colin Kaepernick took by kneeling for the duration of the Star Spangled Banner, the US' national anthem.

Trump himself weighed in with the subtlety of a sledgehammer and doubled down on the thinly veiled racist opposition to Kaepernick's stance, which was to highlight police brutality against African-Americans.

And while that was over two years ago now, that issue hasn't exactly gone away.

Kaepernick was released by the 49ers at the end of the 2017 season and hasn't been able to find a job since. While there were question marks over his ability, he did lead his side to Super Bowl XLVII and you'd think he would have at least got a try out in any of the other 31 teams in the NFL.

There's been a lawsuit filed that alleges the league has blacklisted Kaepernick, and for the observant NFL fan it would seem all he'd need to do is present some footage of the absolutely atrocious quarterbacks that have been picked ahead of him - and there's plenty to choose from.

There's been evidence uncovered that the NFL actually did market research on its own fan base to gauge public opinion on the Kaepernick situation, which has obviously swayed team owners' opinions on the matter. That's the same fan base you're essentially lumping yourself in with these days if you call yourself an NFL fan.

It's all got a very familiar "keep politics out of sport" hypocrisy to it, plus the extremely unpleasant aftertaste of a bunch of rich white men telling a overwhelmingly African-American player base to shut up and do what they're told. It's gotten so edgy that the halftime act Maroon 5, cancelled their scheduled press conference during Super Bowl media week in an obvious attempt to curtail any questions on the subject.

The more light hearted and bewildering stories to the week include: Rams coach Sean McVay's own personal sideline helper that grabs him by the hips to keep him out of the way of the ref; the roof of Mercedes Benz Stadium having the most puerile nicknames in sports; and then the winning team having the dilemma of accepting an invitation to the White House where they may well be served cold Big Macs.

It seems almost superfluous to think that there's an actual game to be played.