The chief executive of Parkour New Zealand says gymnastics attempts to take over their sport are "absolutely ludicrous". 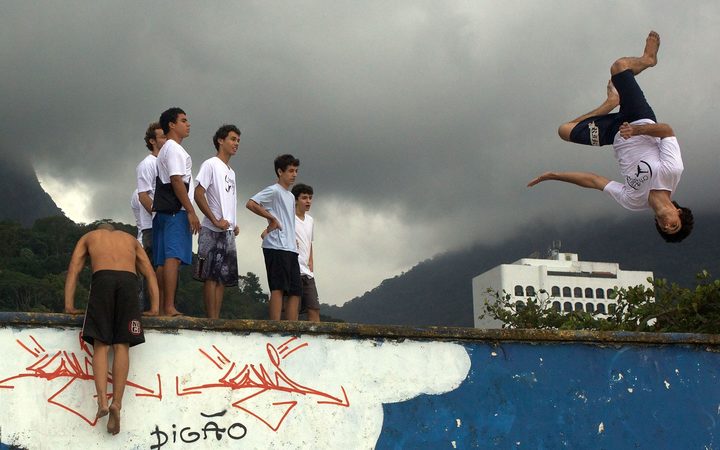 Parkour is typically a street sport which involves running, jumping and climbing over obstacles.

A move by global gymnastics chiefs to vote to include parkour under its umbrella of sports has angered parkour bosses, who are comparing it to a "hostile takeover" and say gymnastics is trying to "annex" their sport.

The chief executive of New Zealand Parkour Damien Puddle said he can't believe the situation is even taking place.

"There is no system in place that protects us.

"It seems absolutely ludicrous that anuyone could just decide that they are now in charge of you, but that's exactly what they've just done at their congress.

"It's the same as tennis taking control of badminton because it's a racquet sport. [Parkour is] just unfortunate because we are young and not as setup as they are."

Parkour is not affiliated to the International Olympic Committee or an organisation such as the Global Alliance of International Sports Federations.

The next step in preventing a takeover from gymnastics would appear to be joining such an organisation.

However, Puddle believed the IOC were helping drive gymnastics' attempts to run their sport and didn't expect any kind of affiliation for their global body Parkour Earth to happen any time soon.

"That Olympic network and international sports federations kind of protect each other, so we don't think they're actually that interested in helping us because they want parkour at the Olympics.

"They want the funding that brings, the increase in broadcast revenue because of its' popularity.

"That's what they've been doing with basically every other action sport to date." 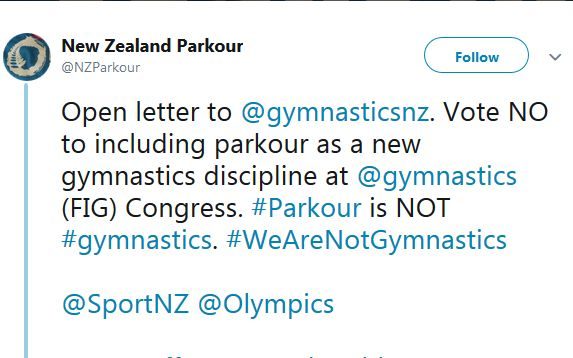 The United Kingdom was the first country to recognise parkour as a sport and it's sometimes known as freerunning.

According to Parkour UK, the discipline was founded in France in the 1980s by a group of nine men and named l'art du deplacement.

The governing body describes it as a physical discipline in which participants "move freely over and through any terrain using only the abilities of the body".

Puddle said the differnces between the two sports at the centre of the situatuion were stark.

"You look at gymnastics, that's inside, rigid, precise and rule bound. Whereas parkour is outdoors, free flowing and open to interpretation.

"When does gymnastics stop training, it's pretty oung. Parkour is fully open for people to inteprete. There's people training from toddlers up until their 90s all around the world, and that is not gymnastics."

While many non-Olympic sports were desperate to get to the Games, the same may not be able to said for parkour.

Puddle said their sport shared common traits with the likes of snowboarding, skateboarding and surfing, where the majority of people who participated did so recreationally.

Parkour competitions were held and catered for and Puddle didn't rule out the sport one day being part of the Olympics, but said the current process had left a bad taste in the mouths of many. 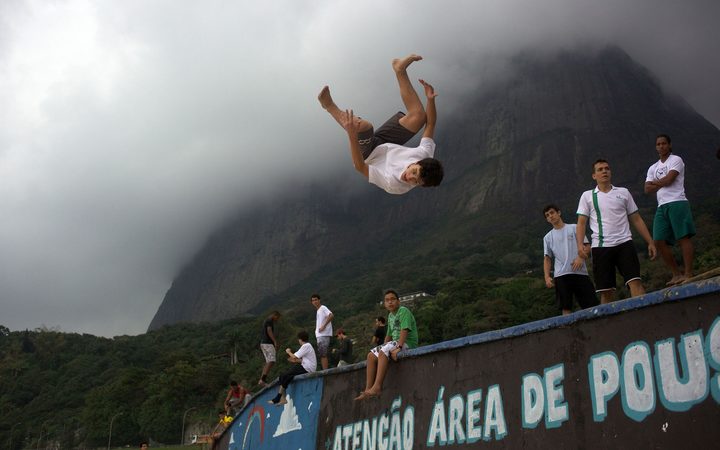 Gymnastics has been accused of trying to 'steal' Parkour. Photo: Photosport

"We've been given no choice in the matter.

"Give the parkour community globally time to set-up our international bodies, bring them under Parkour Earth and have a conversation and say 'yes, we'd like parkour to go to the Olympics and we'd like to do it under [the International Gymnastics Federation].

"But at the moment there's no choice being given. They've received no mandate to take parkour under them, but they've done it anyway."

Puddle said it was hard to accurately gauge numbers participating in the sport in New Zealand, but estimated between 8000 and 10,000 were having parkour "experiences" each year.

He said the sport was recognised by government agency Sport New Zealand, but wasn't part of its funding framework.

Conversations with Gymnastics New Zealand had been amicable, Puddle said, but he felt the national body would likely side with its international federation on the issue.