Al-Jazeera has published new allegations of spot fixing cricket matches and corruption at the highest levels of cricket. We look at how fixing works in cricket.

What are the latest allegations?

al-Jazeera's Investigative Unit has been investigating match fixing in cricket. In May 2018, it revealed details of a person it says is a match fixer. It names him as Aneel Munawar.

Over Labour Weekend, al-Jazeera revealed further details. It claims to have evidence of some two dozen spot fixes in 15 international matches.

Their evidence, purported recordings of a match fixer calling a notorious Indian bookmaker, seems to point to a small group of players from England, Australia, Pakistan and other teams allegedly carrying out spot fixes in matches in 2011 and 2012.

Betting on cricket matches from around the world televised in India is a hugely lucrative business. Gamblers or bookmakers can cash in if they know in advance what a particular bowler or batsman is going to do. Bets are placed on every delivery in a 50- or 20-overs match and players can accept bribes to fix incidents. 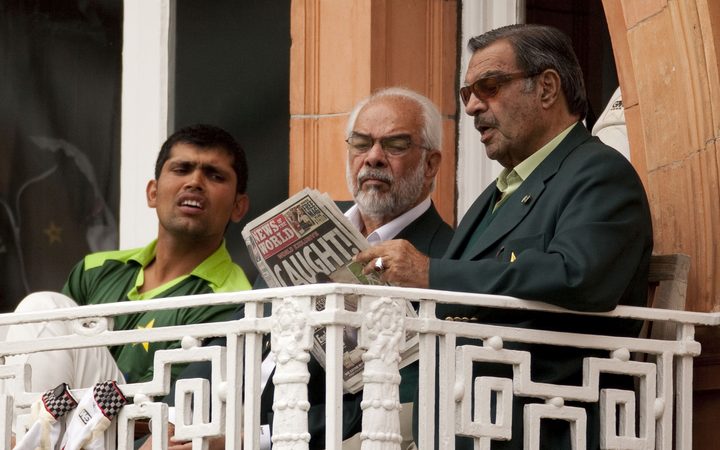 Pakistan manager Yawar Saeed (right), Assistant Manager Shafqat Rana and Kamran Akmal (left) reading the News of the World on the team's dressing room balcony after it broke the match fixing scandal during the final Test Match against England at Lord's in 2010. Photo: Photosport

What is spot fixing?

It is deliberately manipulating incidents within a game. So, for example, a bowler could bowl a No Ball or two within the third over. Over two wides within the fourth over. Equally, batsmen could work together to make sure that a bunch of overs - say overs 10-20 in a one day game - have very high scoring or very low scoring.

Gamblers bet on part of the match eg whether there would be a no Ball in a certain over.

Or they bet on "brackets", how many runs scored in a bracket of overs.

So why does cricket seem to have this problem?

All sports can probably be manipulated but cricket has a unique set of factors.

The first is that while it is a team game, the main action is limited to a small number of players for each segment - bowlers, a wicketkeeper and batsmen.

That means the number of people who need to be in the know can be limited.

More importantly, cricket is a game of "segments". There are blocs of overs, spells of bowlers in the action or sessions of play. So fixers can concentrate on a small part of the game, rather than trying to manipulate an entire match.

Plus, a small change in one segment of a game is hard to spot. 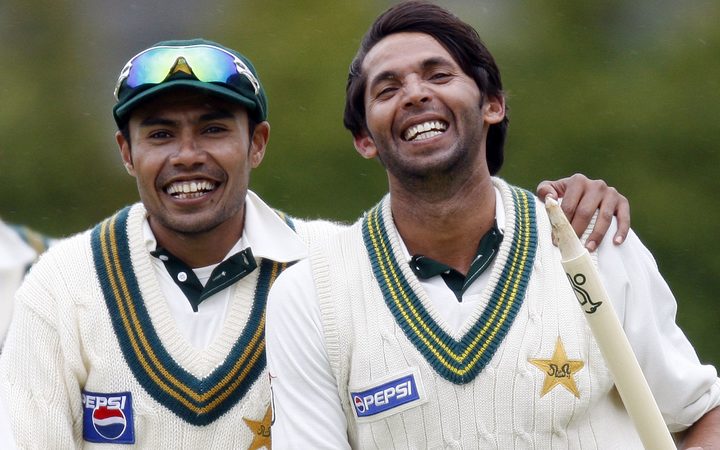 Is there one form of the game more susceptible than others?

Not really, test matches are made up of hundreds of overs of play so offer more chances to manipulate things.

Equally, a T20 match has action all the time, with wickets falling and runs scored at a fast clip, so an individual moment can be forgotten.

What about the betting?

A large part of the world betting market is in Asia - especially Singapore, China and India, a cricket power.

Cricket is susceptible to criminal gangs using their power to try influence moments within a match. They then place a bet covering a part of the match with bookmakers. The betting market is unregulated.

Betting on cricket matches from around the world televised in India is a hugely lucrative business. Gamblers or bookmakers can cash in if they know in advance what a particular bowler or batsman is going to do. Bets are placed on every delivery in a 50- or 20-overs match and players can accept bribes to fix incidents.

Only betting on horse racing at trackside is allowed in India but in practice around half of a market worth billions of dollars is estimated to be illegal betting, mostly on cricket.

Has it occurred before?

Cricket was rocked back in 2000 when three international captains Hanse Cronje (South Africa), Salim Malik (Pakistan) and Mohammed Azharuddin (India) were banned for life in 2000 for helping to influence the results of matches.

Match-fixing had become established in one-day cricket in the 1990s and suspicion centred, in particular, on the one-day tournaments staged at Sharjah in the United Arab Emirates.

Spot fixing became the focus of concern in 2010 when three leading Pakistani players were questioned by police over allegations they manipulated parts of a series between England and Pakistan.

The International Cricket Council, ICC, founded its Anti-Corruption and Security Unit (ACSU) to monitor all international matches. The ACSU website says their investigations continue to show up former and current players who they call "trusted insiders" who they say recruit players and introduce them to repeat offenders, they call "corruptors".

The ACSU also points out that some spot fixing may exist below the level of top level cricket. A big test match between major nations may be watched closely by authorities whereas a game one level down may attract less attention.