The Silver Ferns hopes of finishing a disastrous year on a positive note were dashed last night by a slick Australian Diamonds side.

The Ferns couldn't back up their break-through win on the weekend, slumping to a 58-47 defeat to the World No 1 side in Wellington.

The Silver Ferns were expecting a back-lash after beating the Diamonds in game three and that's exactly what they got. 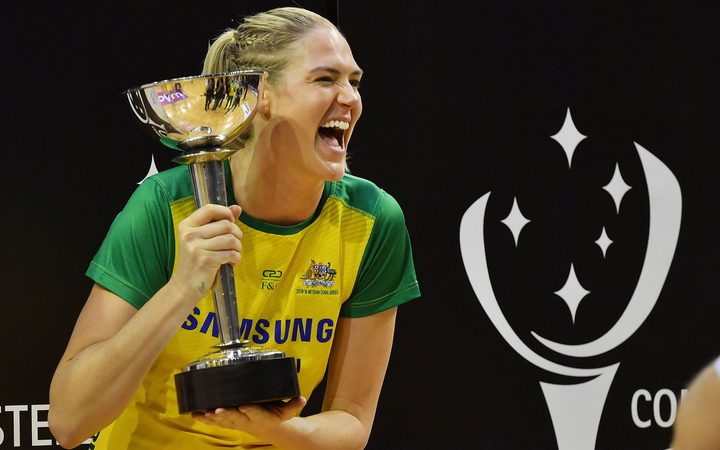 The Australian coach Lisa Alexander said she challenged her players to put out a stronger performance.

"Any everyone knew they hadn't put their best foot forward in Hamilton and I have to say that the Silver Ferns really played well in Hamilton too so they didn't allow us to [play well]. Tonight's performance was much more like what we expect, the intensity and defensive pressure was exactly where we wanted it to be."

The Diamonds took the first quarter 18-13 and ran rampant at the start of the second spell.

That forced Ferns coach Noeline Taurua to make some changes and she admits they got schooled. 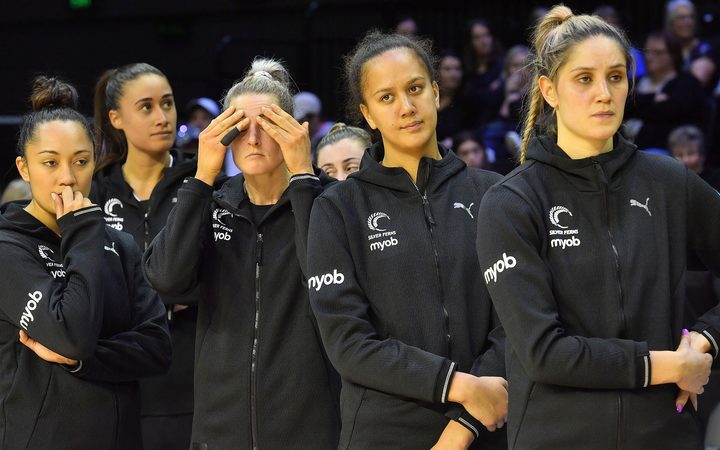 A dejected Silver Ferns side in the wake of their fourth test loss to Australia in the Constellation Cup. Photo: Photosport

"It's not the way we wanted it to end ...we got dealt to so that's how it goes. There's actually some really good fight in this team and I'm very happy about that. It was great we had the win last week but it's not good enough for us to finish in this manner," said Taurua.

Mid-way through the third quarter Maria Folau reverted to her usual position at goal attack and Taurua went through all four shooters as she searched for the right partner for Folau.

Taurua admits there is a lot of reliance on the veteran, who once again put up the majority of shots.

"I'd rather her there, than not being there, let's put it that way ...once again we've got to find those [missing] pieces."

The Ferns only shot at 72 percent compared to Australia's 85 percent.

The captain Laura Langman said the Australian side, who were penalised 71 times, were very physical.

"But I felt we were probably a little bit slow to collectively react. I certainly have faith in our structures. I think we can go toe to toe with them, I just think it was execution tonight and maybe our decision making we were caught two steps behind," said Langman.

The win means the Australian Diamonds hold on to netball's Constellation Cup for another year after taking the series 3-1.

Despite that - Australian captain Caitlin Bassett said they were still wary of the Ferns who she said had improved since their Commonwealth Games capitulation.

And the coach Lisa Alexander believes the gap between the sides has closed a little.

"New Zealand beating us in Hamilton shows you that and their progression and improvement and I know that Noeline has obviously learnt a lot from her two years in Australia in a high performance system. I've heard her talking about the conditioning of the athletes and what they need to do so I think New Zealand will definitely be back and better next year."

When Taurua got the job six weeks ago she had to hit the ground running but she's got the summer now to work on preparing the team for next year's World Cup.

And you get the feeling that there won't be much down time.

She expects players to be in top physical condition for the Silver Ferns next camp in December.

"Each individual will have their own priority of what they need to do. For some of them that's based around conditioning so each individual needs to do their own thing. We'll analyse where are the areas we need to improve on so we'll look at that."

The Silver Ferns next hitout will be in January's Quad series between Australia, South Africa, and England.