The former All Black Tony Brown has been appointed head coach of the Japan Super rugby side the Sunwolves.

He replaces Jamie Joseph who stepped down to focus on coaching the Japan national team.

Brown was Joseph's assistant at the Highlanders and became head coach last year when Joseph moved to Japan. 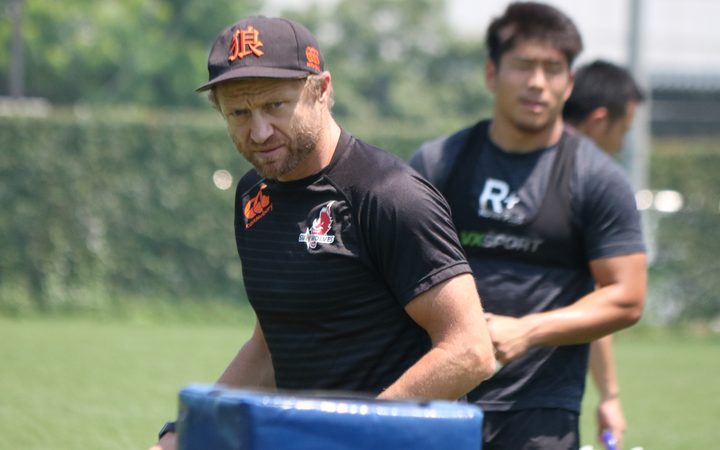 Brown will also remain as one of Joseph's assistants with the national team.

Ahead of the World Cup "we would like Jamie to focus on the national team next season," said Sunwolves chief executive Yuji Watase.

"Tony is a top class attack coach and both the Sunwolves and the Japan National Team continue to benefit from his coaching. Jamie and Tony have worked closely for a number of years and we are confident there will be continuity in approach and vision.

Brown said it was a great honour to have been appointed to the role and hoped to build on their three-win 2018 campaign.

"Keeping continuity and building on 2018 is the most important thing for us in 2019.

Brown will become the Sunwolves' fourth Kiwi head coach in as many seasons.

Mark Hammett took their inaugural campaign in 2016, before Filo Tiatia guided them through the 2017 season.