By Coen Lammers*, in Moscow

Opinion - When England lines up in Kaliningrad for their final pool match against Belgium on Friday morning, both teams will know exactly on which side of the draw they want to be for the knock-out stages of the FIFA World Cup. 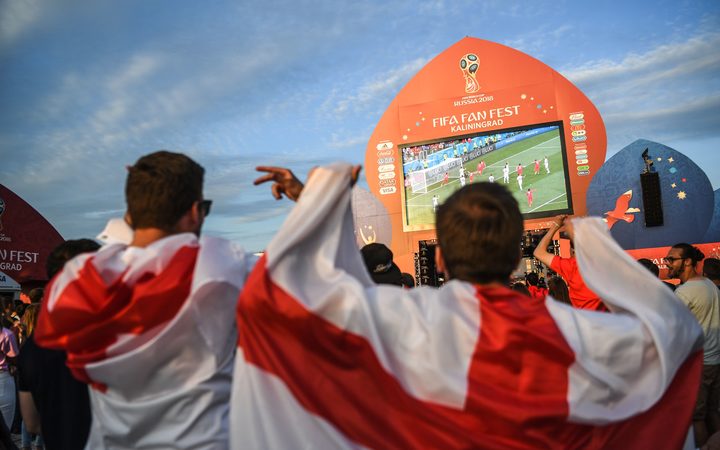 Both countries won their first two matches in Group G and have already qualified for the next stage so have the luxury to consider the round of 16 opponents and even beyond.

During a dramatic group stage, many top teams are not where they would have been expected before the tournament started, either sneaking through as a runner-up like Argentina, or booted out altogether like Germany.

The Germans on Thursday morning sensationally joined the curse of the champions, as now four of the last five ruling World Cup holders since 2002 have been eliminated in the group stage.

With all the unexpected scorelines, France, Argentina, Brazil, Portugal and Uruguay have all ended up on the same side of the knock-out draw, while Spain is the only recognised superpower on the other side of the draw.

To avoid the seemingly tougher side of the tournament, England would need to finish second in their own group, and this is where it gets interesting.

Historically, planning too far ahead has been a very dangerous game and many teams over the years have tripped up when resting players or taking the foot off the pedal to prepare for later matches.

England and Belgium in the next round will either face Senegal, Japan or Colombia, who will have sorted out their placings in Group H an hour before England kicks off.

On paper, Japan seems to be the weakest of the three, but their victory over Colombia and their epic draw against Senegal will have put future opponents on notice.

The Senegalese are strong, fast and technically skilful - led by Liverpool striker Mane - but the English may feel more comfortable in a physical contest with the Africans.

Colombia on the other hand will provide a classic South American challenge with a fast, technically superb front line of James, Falcao and Cuadrado, who will be a real test for the slower England backline on counterattacks.

Despite the strength of all these potential opponents, the English fans, media and undoubtedly the team management are already glancing past the round of 16 to see who may be waiting for them in the quarter or semifinals.

If England win Group G, and get past the runner-up of Group H, they will play the winner of Brazil and Mexico in the quarter-finals.

If they manage to get over that huge hurdle, they have the intimidating prospect of France, Argentina, Uruguay or Portugal waiting in the semi-final.

England and Belgium will want to avoid that pathway and prefer their chances in a quarter-final against Sweden or Switzerland.

All these permutations set the intriguing scene for Friday morning's match with the two teams on six points each, eight goals for and two goals against.

They cannot be separated through traditional calculations, so the FIFA Fair Play standings based on cautions come into play. England currently sits on top, with only one yellow card versus Belgium's three bookings.

Neither team will ever publicly state the desire to lose or intentionally commit fouls to get more yellow cards, but both countries will not be unhappy if they can avoid the top place in pool G.

This could create a crazy scenario with both teams wanting to avoid success, or putting in a few nasty tackles to lose the Fair Play ratings.

Belgium has announced it will rest most of its star players and England manager Gareth Southgate is also keeping many of his first-line stars on the bench.

The X-factor in this fascinating script will be striker Harry Kane, who has already scored five times in two matches and has his eye on the tournament's Golden Boot.

Southgate is aware that his captain wants to chase more goals and will not put up with a place on the bench, or waste any scoring opportunities.

So we may be watching a match with 21 players reluctant to win and one desperate to score.