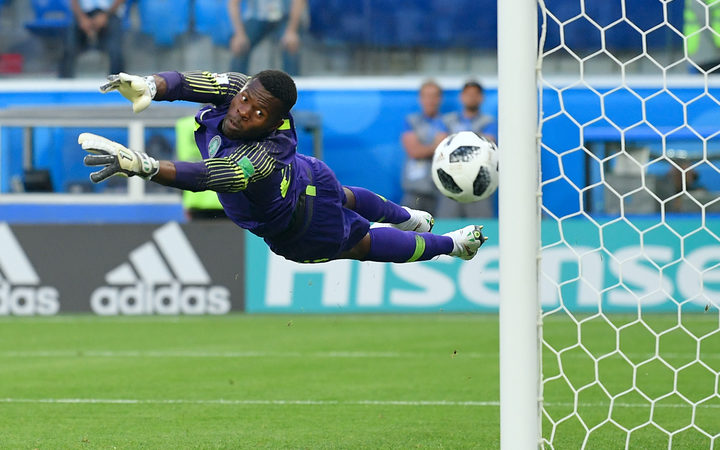 Argentina have been weighed, measured, found wanting and are somehow still alive and kicking in the FIFA World Cup.

This morning Los Gauchos managed to eke out a late 2-1 victory over a devastated Nigerian side.

Their reward? An incredibly tough round of 16 clash against France.

Yet for all of Argentina’s woes, including a draw against minnows Iceland and a crushing 3-0 defeat to Croatia, anything can happen in the space of a World Cup.

In the latest episode of Squeaky Bum Time: RNZ’s podcast for the tournament, hosts Emile Donovan and Max Towle are joined by the BBC’s South American football expert Tim Vickery to dissect an almost catastrophic group stage for Argentina.

“They probably don’t deserve to go through, but they have in true dramatic fashion - just like a Buenos Aires tango,” Vickery says.

Against Nigeria, time after time Argentina’s central midfield mainstay Javier Mascherano was torn apart by faster and more skillful players, yet Vickery says he’s a symbol for his ageing side - the oldest ever to start a World Cup game.

“He doesn’t have the legs anymore, but he never hides and is always there to take responsibility, and that’s what helped them get over the line.”

The players have reportedly given up on their coach Jorge Sampaoli, as was evident by the very public team talk star player Lionel Messi gave his teammates at halftime.

“This is not a Sampaoli side, the players have sat down with him and told him who’s boss.”

Vickery says Argentina’s players can have as much charisma and leadership as possible, but the team is completely lacking a reliable defence.

The team faces France in the next round and he says man-for-man, France are more talented.

“Argentina have drained themselves physically and emotionally trying to get over the line, that they look like they might fall over in a stiff breeze.”

Argentina and France join Croatia, Denmark, Portugal, Spain, Uruguay and Russia in the next round. Belgium and England are also guaranteed their place in the knockout stages, and play each other in their final group game on Friday morning.

Also in the episode, Donovan and Towle are joined by RNZ’s business editor and tragic England fan Gyles Beckford to talk more video technology controversy, and make some bold predictions.

You can subscribe to Squeaky Bum Time through the podcasts and series page on radionz.co.nz, or on iTunes, Spotify or Stitcher.