After almost a decade at the helm of Cycling New Zealand's elite programme, high performance director Mark Elliott has resigned.

Elliott oversaw a disappointing return for New Zealand cyclists at the Rio Olympics and said it would have easy to walk away then.

"Our performances across the board at the Olympics were below target and while this has been a difficult decision, it would have been easy to do straight after Rio," he said.

"However that was not the right time to step away from the programme I've led for nine years. I wanted to ensure the momentum of the programme and to oversee the detailed review of all aspects of the campaign." 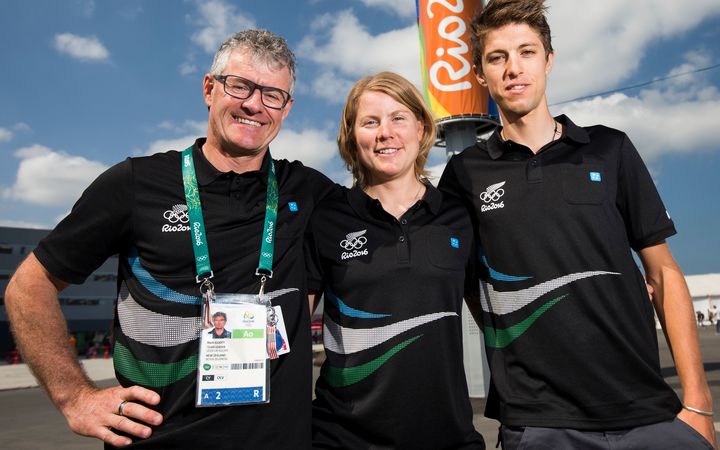 "During the debrief process, it became more and more aware to me of what needs to be done, and after nine years of hard work I think it is the right time for someone new to lead this programme through to Tokyo and beyond."

Likewise there were 17 junior world track medals in 30 years to 2007 but 56 medals since; six medals in three Olympics to Rio compared with three over three decades to 2004.

"Mark has been the guiding hand for establishing a world-class high performance programme which he has achieved virtually single-handed.

"He has a unique knowledge of high performance sport as a former athlete, coach, medical professional and administrator. I am sure he will be an asset where ever he turns in the future, and hope he is not lost to sport in this country.

"We understand his decision and we will dedicate ourselves as an organisation to learning from Rio and taking the opportunity to relook at our structure and direction in high performance to convert rainbow jerseys into medals in Tokyo."

Matheson, a former high performance director at Rowing New Zealand and Rowing Australia, said he will likely step in to the high performance role on the short term as the organisation and HPSNZ fully evaluate the Rio debrief and determine the role of a suitable replacement early next year.