High Performance Sport New Zealand (HPSNZ) says it has some some tough decisions to make when it reviews funding after the Rio Olympics. 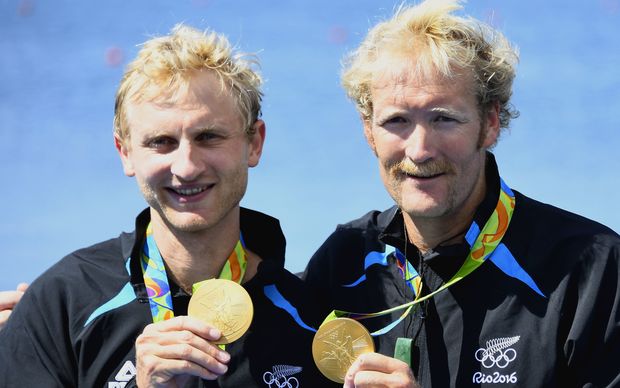 Hamish Bond and Eric Murray won gold in Rio, but High Performance Sport NZ says it will be reviewing rowing's funding after the Games. Photo: AFP

New Zealand is currently sitting in 14th place on the medal table with eight medals.

The sports funding agency has a target of 14 or more medals.

HPSNZ chief executive Alex Baumann said there had been some surprises in shooting and canoe slalom, but cycling and rowing had disappointed.

"There should've been some other boats in the final, obviously, and I think, you know, their target was five medals, they came in third."

He said there would be a review of rowing's funding after the Games.

"Obviously there'll be a debrief and a review and we'll make our investment decisions on four criteria."

Mr Baumann said the four criteria included historical results, potential for the future, the strength of the campaigns and the individual context of the sport.

There would be tough investment decisions to make come December, but performance review meetings would be undertaken with all sports in October and November, Mr Baumann said.

Mr Baumann said he was still optimistic that the team in Rio could still meet their 14 medal target for the Games.

"The 14 plus was always going to be ambitious, but I think it was realistic.

"I don't think we should underestimate the Olympic Games, what we've seen here is there's a certain amount of unpredictability."