Opinion - The All Blacks and Springboks meet again this weekend in Durban, the first time a test in South Africa between the two has been played away from Johannesburg in five years. 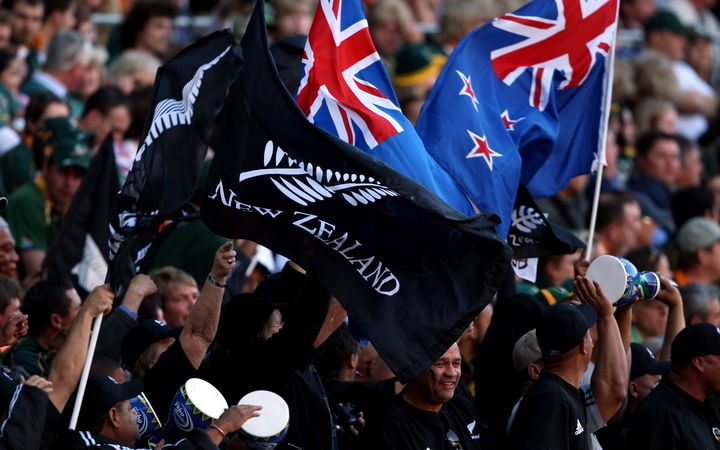 Fans during a Tri-Nations match against South Africa at Newlands Stadium in Capetown in 2008. Photo: Photosport

However, it's been eight long years since they've played in the Republic's second largest city - Cape Town.

It was a pretty eventful test at Newlands Stadium back in 2008. Richie McCaw showed he could grubber kick, Dan Carter forgot how to kick goals and poor Jimmy Cowan got left hanging when he went for a high five.

But it wasn't the 19-0 scoreline that made the South African Rugby Union (SARU) decide that further tests in Cape Town weren't going to happen for the foreseeable future, it was the amount of support some of the locals were giving ... Not to the Springboks, but the All Blacks.

Cape Town is home to the country's largest community of coloureds (the South African name given to people of mixed race), a sizeable section of whom openly cheer for the All Blacks, as well as visiting New Zealand Super Rugby teams.

The largest group call themselves the Cape Crusaders, given their affinity for the Canterbury team, and an undeniably catchy name. However, the feeling from more traditional local supporters is that the Cape Crusaders' motivation isn't really to support the visiting New Zealanders, more simply to root against the Springboks.

This has inevitably caused a backlash among loyal Springbok fans, who accuse the Cape Crusaders of inciting violence and creating an atmosphere of general bad sportsmanship, describing them as "classless" and "cockroaches". 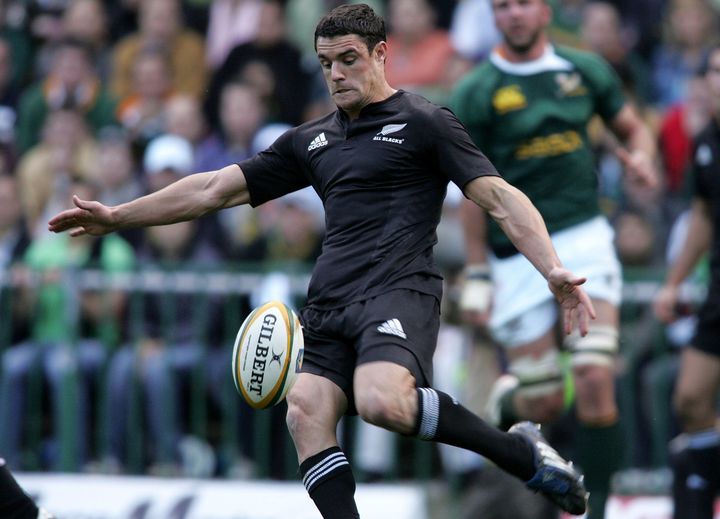 Dan Carter during the match in 2008 Photo: Photosport

However, the truth of the matter probably isn't as cut and dried as the critics make it out to be.

Like many issues in South Africa, it is rooted in the apartheid years.

Coloured people were disenfranchised along with all other non-whites, and many harboured a deep resentment for anything promoting South African nationalism - one of which was the then all-white Springbok team. So, naturally, seeing them getting beaten was a strike back at the system of oppression affecting their everyday lives.

Occasions when people of colour were given the same respect as the white establishment were rare, but it did happen on the pitch when the All Blacks toured in the 1970s, hence the traditional support base.

It must be noted that this support wasn't universal, however.

Many black and coloured South Africans couldn't have cared less about the white man's game of rugby and some even harboured deep resentment for the Māori and Samoan All Blacks like Sid Going and Bryan Williams who toured as 'honorary whites' in 1970 and 1976.

This tradition has continued on to the present day, with fans mobbing the Crusaders whenever they play in Cape Town (which must be a rare experience for them given the incredibly conservative nature of their home town supporters). It's been passed down through generations of locals, from the grandfathers of those who started it to the youth of today.

This visible rejection of something that's supposed to unite the new South Africa is very likely to be why SARU is keeping the All Blacks away from Cape Town. It's a link to the past that they would rather keep out of sight - however, it's ironically enforced a policy of sporting isolation for rugby fans in the Cape.

It's not too much of a stretch to imagine, one day, the All Blacks returning to Newlands to a rapturous reception from their fans there. Until then, like this weekend, it'll be tests in places like Durban. Which is again ironic, given that Kings Park is home of the most infamous piece of South African fan behaviour in history.

Jamie Wall grew up in Wellington and enjoyed a stunningly mediocre rugby career in which the sole highlight was a seat on the bench for his club's premier side. He's enjoyed far more success spouting his viewpoints on the game to anyone who'll care to listen.