Opinion - On 4 September, 1965, a very muddy Tiny Naude stepped up to take a shot at goal to break a 16-all deadlock with the All Blacks during the third test at Lancaster Park. It was an unlikely scenario - the Springbok lock was not the first choice goal kicker and the attempt was from the sideline. 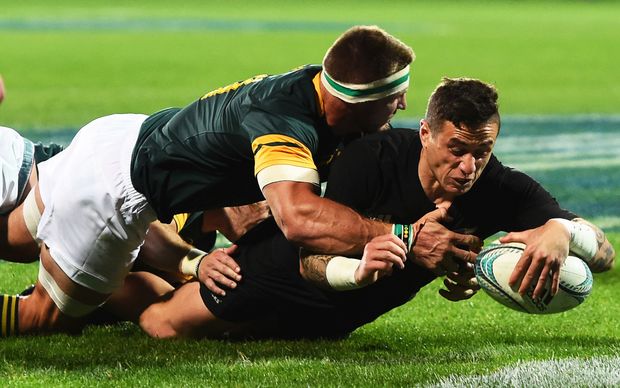 Naude hacked the ball out of the sodden turf, it wobbled and turned, finally struggling its way over the bar to put the Boks ahead for the first time that series. They hung on to win the test - the last time they tasted victory in Christchurch.

Have a look at the Christchurch crowd from 51 years ago when Naude's drunken kick staggers its way through the posts. They're cheering.

They want the Boks to be good again, much like we do today. We want to see battles like the last three tests at Ellis Park, like the 1995 World Cup final and like the 1965 test at Lancaster Park.

The Springboks really had no chance of breaking their Christchurch drought last night.

In front of a far more subdued crowd, they battled hard for the first half, even scoring the opening try to veteran Bryan Habana.

But, like so many before them, they were simply swallowed up by the black tide.

What's wrong with this South African team? On paper, they're actually very good. Several have had outstanding Super Rugby seasons. Others have been rated as equal or better than their All Black opposites in recent seasons.

Take the Lions 8, 9 and 10 combo of Warren Whitely, Faf de Klerk and Elton Jantjies. They were the cornerstone of a fantastic Lions season that got them all the way to the final.

While Whitely slogged his guts out last night, his motor could only run for an hour. De Klerk was a liability on defence, essentially waving TJ Perenara through for his try. Jantjies has been a shadow of his former self, more or less a warm body and little else.

Damian de Allende and Jesse Kriel were supposed to be the South African versions of Conrad Smith and Ma'a Nonu. Now they seem to be just names on a team sheet. 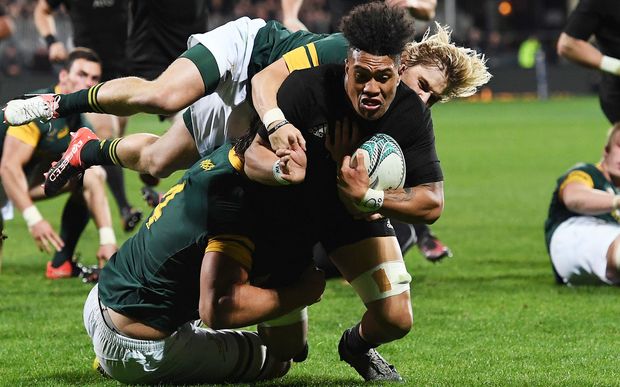 They clearly have a problem in their coaching staff, and the introduction of racial quotas will come into play.

One of their most exciting prospects, Handre Pollard, is out for the year with injury - however his place back in the team is not certain given that he is white.

Taking nothing away from what his replacement Jantjieshas achieved in Super Rugby, it would be a crying shame if we never get to see the closest guy anyone else has to Beauden Barrett get to play against Beauden Barrett.

But let's go back to 1965 and Tiny Naude's heroic moment.

It was very much the bright spot in an otherwise unsuccessful tour, as that victory was the only one the Springboks got to celebrate that entire year.

Earlier, they had embarked on a short tour of Ireland and Scotland, losing both tests. They then went on to lose to Australia twice before arriving in New Zealand. The All Blacks won the first two tests, and would go on to thrash the Boks by a then-record margin in the fourth and final one.

It was then, not now, that was truly the nadir of Springbok rugby, at least on the field.

It was also very much the last time the apartheid-era Boks got to play in relative peace, but it shows the special bond the two countries have with each other on the rugby field.

However, that cheering crowd probably also remembers the next time the two sides met five years later - a series win for the Springboks.

Jamie Wall grew up in Wellington and enjoyed a stunningly mediocre rugby career in which the sole highlight was a seat on the bench for his club's premier side. He's enjoyed far more success spouting his viewpoints on the game to anyone who'll care to listen.