The New Zealand all-rounder Jimmy Neesham will miss the second cricket test against India in Kolkata due to the rib injury that kept him out of the first match in Kanpur. 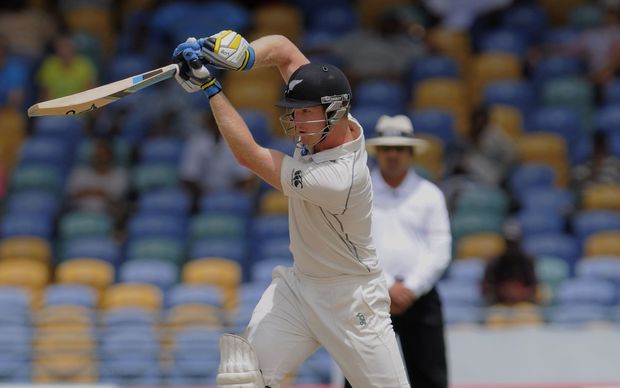 Off-spinner Jeetan Patel's flight from England was cancelled which means he will land in Kolkata only a day before the test gets underway on Friday.

Patel is replacing fellow off-spinner Mark Craig who sustained a side strain in Kanpur, where India registered a 197-run victory to go 1-0 up in the three-test series.

Black Caps coach Mike Hesson said Jimmy Neesham's injury will rule him out of at least the second test.

"That takes away options in terms of changing our balance a bit. But that's okay. We are not able to get any replacement in time who is a batting all-rounder," he said.

The home side were pleased with the batting of Cheteshwar Pujara, who struck a half-century in each innings at a strike rate of over 50 to silence his critics and ease the pressure on him.

"I don't think Pujara has ever breathed easily from all you guys' perspective and some people who are constantly watching him," India coach Anil Kumble said.

"But at least from team perspective and team management, there's absolutely no pressure on Pujara," he added.

"He is a very important cog in our team and we've seen over the years his contribution. Even in the last match, we saw the importance of his contribution to the team's cause."