The Black Caps all-rounder Jimmy Neesham has been ruled out of the opening cricket Test against India in Kanpur with a rib injury. 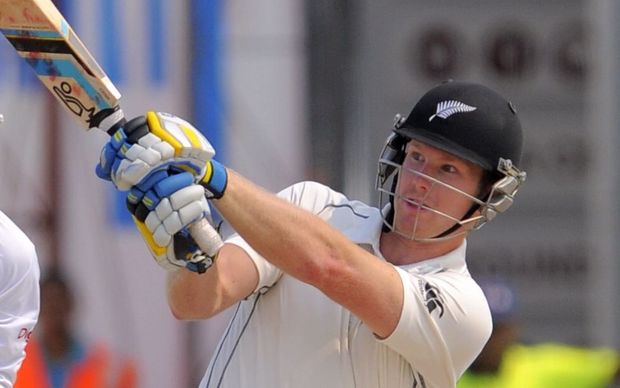 Neesham suffered the injury during training last week, which limited his involvement in the New Zealanders' recent three-day match against Mumbai.

Black Caps coach Mike Hesson said the injury wasn't serious, but that Neesham wouldn't be considered for the Test, which starts on Thursday.

"Jimmy was struck while batting in the nets and has been in discomfort the last few days," Hesson said.

"It will take a few days for the bruising to go away, but it's very much a short-term injury.

"Jimmy won't be available for selection in Kanpur, but we expect him to be back to full fitness ahead of the second Test."

No one will be added to the 15-man Black Caps squad in place of Neesham.

Last week strike paceman Tim Southee was ruled out of the three-test series with an ankle injury.

He returned home to New Zealand and was replaced by Matt Henry.