Canterbury have beaten Waikato 29-23 in Hamilton to lift the Ranfurly Shield for the 15th time. 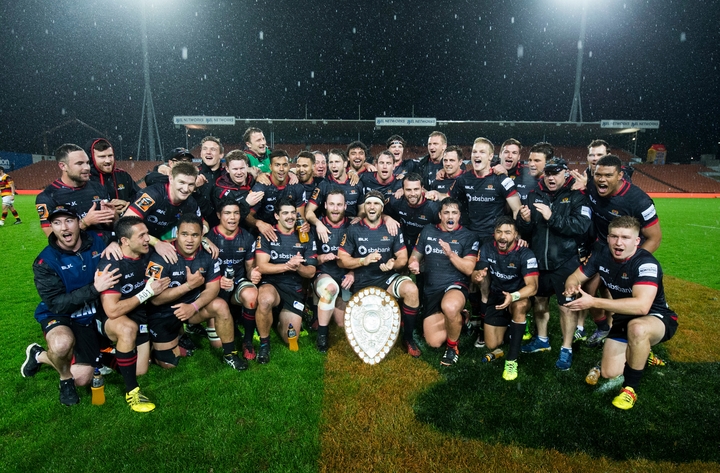 Canterbury with the Ranfurly Shield after their 29-23 win over Waikato Photo: Photosport

Waikato scored three tries to the visitors two, but Canterbury kicked their goals taking penalty opportunities when they were on offer.

The game was level at 23-all late on, but Waikato couldn't get their hands on the ball and Canterbury kicked two late penalties.

You can look back at how the match unfolded here.

Canterbury top the Mitre 10 Cup Premiership standings and face Taranaki in New Plymouth on Sunday before North Harbour travel south to challenge for the Ranfurly Shield on Friday October 7.

The loss has left Waikato at fifth on the Premiership ladder, making every game a must win if they are to make the playoffs.