Waikato have retained rugby's Ranfurly Shield with a tough-fought 20-20 draw against Taranaki in Hamilton this evening. 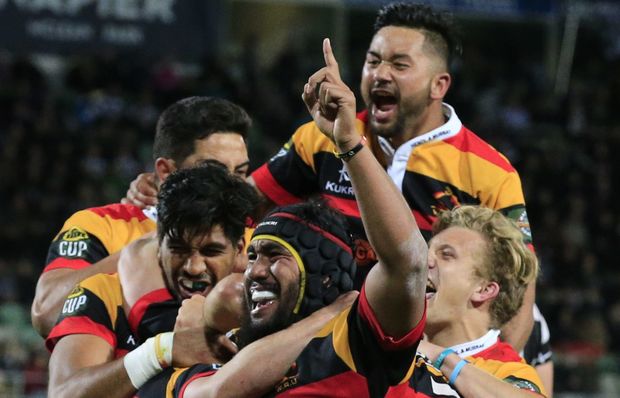 It was a struggle for the home side right through the match and they trailed Taranaki for much of the game.

The visitors took the early lead with a penalty, backing it up with a try to Jonathan Faauli 27 minutes into the game.

But Waikato hit back on the stroke of half time with a try to Sevu Reece to trail 8-5 at the break.

Waikato briefly took the lead shortly after half time when Reece crossed the try line, but Taranaki pulled it back just three minutes later with a try to Toa Halafihi.

They extended that lead to 20-12 when Halafihi scored his second try of the night.

But it wasn't to be for the visitors, Waikato crossed the line seven minutes later and then Taranaki gave away a penalty which Sam Christie slotted over the posts to bring the scores back level.

Taranaki had one last chance with the ball when Waikato failed to kick it out when the full time hooter sounded, but didn't have the energy left to make a break through the strong Waikato defence.

Counties ran in four tries to Auckland's two, but a 100 percent kicking game from Auckland's Simon Hickey meant the home side were right in the match - and even leading with six minutes to play - until Counties scored the match-winning try in the final three minutes.