It's been a long time between Ranfurly Shield challenges for Canterbury and their coach Scott Robertson doesn't plan on leaving empty handed. 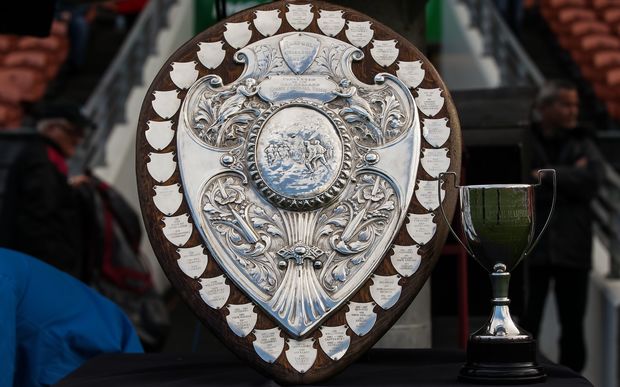 Holders Waikato host the red and blacks in Hamilton tonight, it's the first time Canterbury have challenged for the shield since 2012 when they lost to Taranaki.

The last time Canterbury won the shiled was on October 9 2010 when they took it off Southland.

They then lost it back to Southland the following season.

Robertson is in his final year as Canterbury coach before taking over the Crusaders in the Super Rugby competition next year and says finishing the year with the shield and the premiership would be a great way to end his tenure.

"We're not just going up there for another game, people care about this and the shield, sometimes you don't actually know what it means until you have it, so that's what point I've been trying to get across," Robertson said. 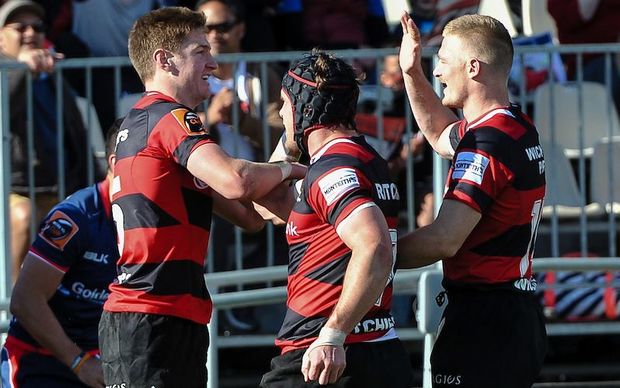 Jordie Barrett (L) and Johnny McNicholl (R) have been reshuffled in Canterbury's back line for the shield challenge. Photo: Photosport

Roberston has made five changes to his starting lineup from the side that beat Otago 45-34 in Christchurch last Sunday.

Jordie Barrett moves from fullback into the number 12 jersey as cover for the injured Rob Thompson while Johnny McNicholl will take Barrett's place at the back from the wing.

Marshall Suckling moves into the starting lineup on the right wing to cover the hole left by McNicholl.

Locks Scott Barrett and David McDuling rotate so that Barrett starts alongside Dominic Bird this week. Jed Brown will complete the loose forward trio with Reed Prinsep and captain Luke Whitelock, with Billy Harmon providing cover from the bench.