Rio 2016 Olympics - The Black Sticks women have missed out on a bronze medal by one goal in their match against Germany in Rio. 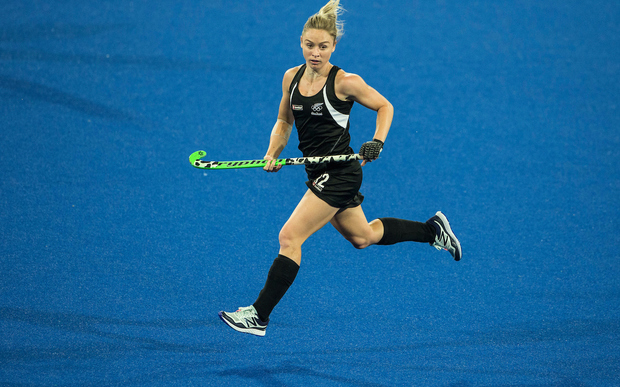 Anita McLaren in action earlier in the tournament. Photo: PHOTOSPORT

The women's hockey team took on Germany this morning in a bid to win their first ever Olympic medal, losing 2-1.

The Black Sticks dominated the first half of the match and had plenty of opportunities to score, but were repeatedly unable to find the back of the net.

They backed up their strong effort on attack in the first half with solid defence, with no score on the board at the half time break.

But in the third quarter Germany scored two quick goals to go ahead 2-0 and swing the momentum firmly their way.

A New Zealand goal from a penalty corner just before three quarter time put them back in the hunt, but further goals proved elusive.

The team also finished fourth at the London Olympics in 2012

Through tears, the Black Sticks coach Mark Hager said the whole team is gutted to come away without a medal again.

"I think we played really well apart from 10 minutes in the game and that's the disappointing thing I think, we just blew it for those two goals they scored and apart from that they didn't have many opportunities and we did," he said.

"I've been there as a player and it's the worst position you can be in. It means you've had a chance at a medal and you haven't won it and that's the gut-wrenching thing.

"I'm so proud of the girls and so disappointed for them and I just hope people at home feel the same about the team -- they gave it their all and sometimes two Olympics in a row... it doesn't fall for you.

"Four years ago we weren't expected to even get as far as we did, and this time we were a medal hope. Now we go away as that medal hope rather than having a medal around our neck."

The Germans had previously beaten the Black Sticks 2-1 in the competition's group stage.

The New Zealanders lost to Great Britain 3-0 in their semi-final.