Rio 2016 Olympics - The women's K4 sprint crew are into the finals after winning their semi in the 500m kayak event. 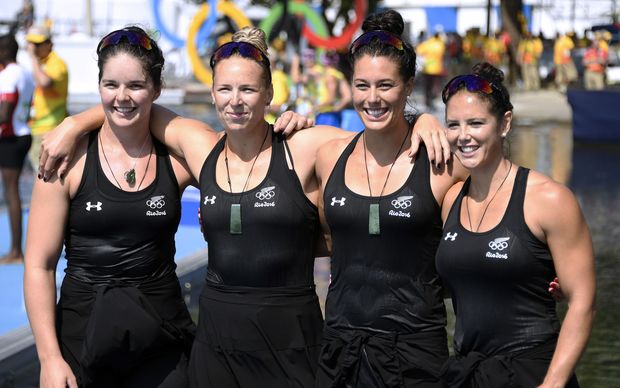 The New Zealand team of Aimee Fisher, Kayla Imrie, Caitlin Ryan and Jaimee Lovett led from out of a the gate, and held their position well to take first place with a time of 1:34.778, a third of a boat length ahead of the Ukrainian team.

In their heat they also had a great start, and were second past the 250m mark behind Belarus, with the two teams powering out in front.

In the final stretch they eased their pace back and crossed the finish line comfortably in third position, with a time of 1:33.782, three seconds behind the Belarusian.

Jaimee Lovett told Sky Sport the team has had long journey to reach the Rio Games, but it is all coming together now.

The New Zealanders go into the final at 12.47am tomorrow, having posted the second fastest time in the semis, just six hundredths of a second behind the Germans.

The quartet have previously won gold at the World Cup in Portugal and made the finals at the world championships in Milan.