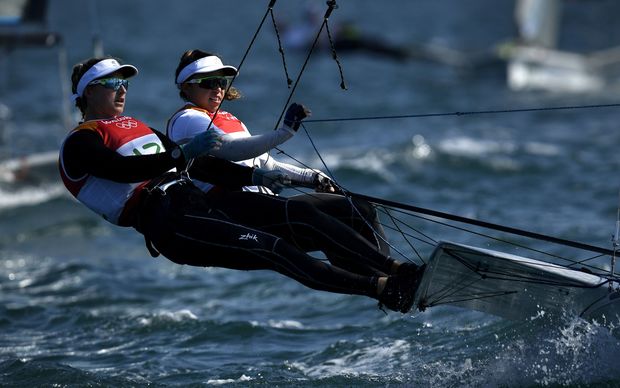 It was New Zealand's fourth medal on the water of the day, after Jo Aleh and Polly Powrie won silver in the women's 470 class, Blair Tuke and Peter Burling sailed to gold in the 49er skiff - having already secured the medal in previous racing - and kayaker Lisa Carrington added to her Olympic haul with a bronze in the K1 500m.

Alex Maloney and Molly Meech went into the final medal race this morning in fourth place but were just one point behind first.

Heading into the final, Spain, Brazil and Denmark were all tied on 46 points with New Zealand on 47.

Maloney and Meech were in second behind Italy for a large majority of the medal race while Brazil were right on their tail.

Brazil's home town advantage paid off in the later third of the race, pulling past the New Zealand crew to win by mere seconds at the finish line.

Denmark claimed the bronze after finishing fourth in the medal race.