Rio 2016 Olympics - It must be a pretty good feeling - competing in the Olympic final knowing you've already clinched gold. 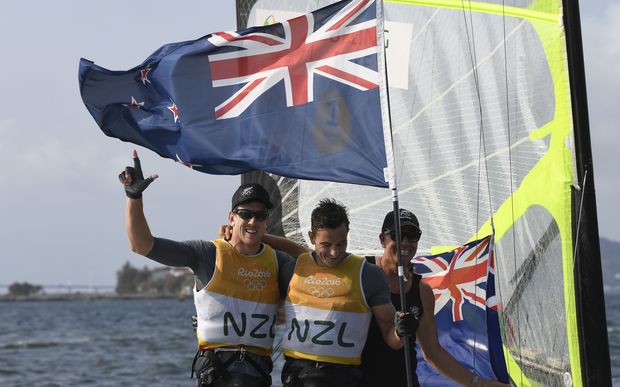 That was the reality for New Zealand sailors Blair Tuke and Peter Burling today in the medal race of the 49er skiff.

The golden duo had amassed so many points during the earlier races that it was impossible for any team to knock them off the top spot.

Silvers to sailors Jo Aleh and Polly Powrie and Alex Maloney and Molly Meech, plus a bronze for Lisa Carrington, have taken New Zealand's medal tally to a record 14.

New Zealand's flag-bearers at the opening ceremony, Burling and Tuke won silver at the London Games four years ago and are the current four-time defending world champions.

They have dominated the 49er men's class in Rio, claiming eight top-three finishes from 13 races. 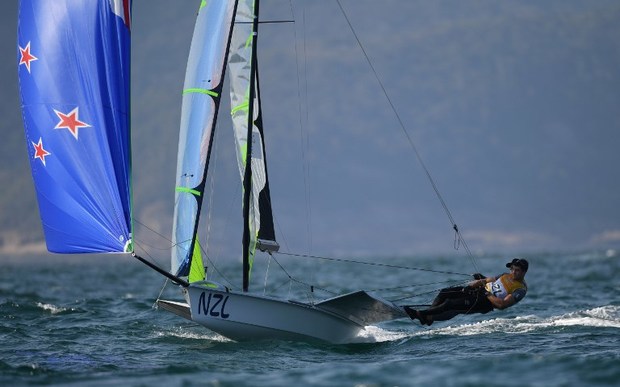 Huge crowds lined the beach off Rio to watch the medal races.

In the final race, the pair again excelled, coming in first and jumping into the water after crossing the finish line.

They won with 35 points to take home the gold.

Watch Peter Burling and Blair Tuke speaking earlier this week after they had secured gold:

"And great for us that we didn't have to stress over watching a medal race, they've just been starting so well and great conditions out here today."

Kerikeri Cruising Club commodore Doug France said there was never a suggestion Blair Tuke and Peter Burling would win anything other than gold.

"We watched them practice and everything on that boat and every movement they had was just so gold-winning at the time," he said.

"So when they put it on the water they were just so spectacular as a combination. Peter and Blair were both very very good champions separately and together they're just magnificent."