New Zealand's Olympic chef de mission says his team has done everything possible to protect athletes from the zika virus while they are at the Rio games. 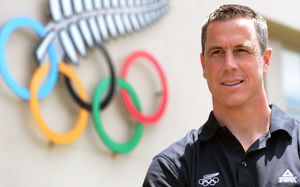 About 200 New Zealand athletes are taking part in this year's games.

Mr Waddell said the team's organisers have learned all they can about the virus and he is not aware of any athletes who are still considering pulling out of competition in Brazil.

He said the competitors, coaches and managers have been educated about what they can do to protect themselves, and in some cases the organising team has dealt individually with athletes who had specific concerns.

"We have given a lot of education directly to the athletes, the coaches and managers, we've gone directly to them and made sure they have that and one of the key pieces of advice is that if you do have concerns that you consult your own medical practitioner."

"In terms of the broader issues of things like terrorism and other concerns in that area, we work really closely with the New Zealand government to understand that, and also with the organising committee.

"The threat of personal security and petty crime on the streets is obviously still something we watch closely, but our biggest tool in all of this is education. We continue to make sure everyone in our team is given as much information as we can pass on.

"That may have been discussed by someone outside the Olympic committee, but we have never talked about putting a curfew in place."