Italy have again showed their big-tournament experience with a clinical 2-0 defeat of Belgium in their opening game of the European football championships in Lyon. 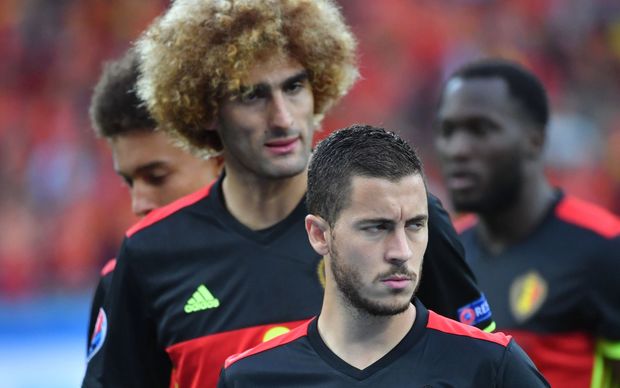 The victory for the former European champions over the world's second-ranked side was the first heavyweight clash of Euro 2016.

The Italians go top of Group E after Sweden's 1-1 draw with the Republic of Ireland earlier in Paris.

Italy opened the scoring on the half hour through Emanuele Giaccherini as the Belgians struggled in the first half, then scored again with time almost up on the 92nd minute mark via Graziano Pelle.

Belgium, seeking a first competitive victory over Italy in 34 years, belatedly came to grips with the contest as Romelu Lukaku and his replacement Divock Origi came close.

But it was Giaccherini who forced the Belgians to play catch-up after he latched on to an exquisite through ball from Leonardo Bonucci, controlling the ball with his left foot and slotting home with his right to earn the four-times World Cup winners a deserved win.

In a contest with an authentic big-match feel and quality, Antonio Conte's side spurned chances to increase the lead with Pelle heading wide and forcing a spectacular save by Thibaut Courtois, before he sealed the win with the stoppage time volley.

No luck for the Irish

Ireland went ahead in the French capital early in the second half, Wes Hoolahan opening the scoring with a splendid strike, before the Swedes equalised through an unfortunate own goal to defender Ciaran Clark.

The Irish were the better team and can take encouragement from the stalemate, but the result should be a cause of great concern for the Swedes, whose mediocrity contrasted starkly with their opponents' desire.

Sweden were fortunate to grab the equaliser when Clark headed a cross into his own goal.

Zlatan Ibrahimovic once again failed to live up to his own exalted billing for Sweden as he went missing in their fortuitous draw. 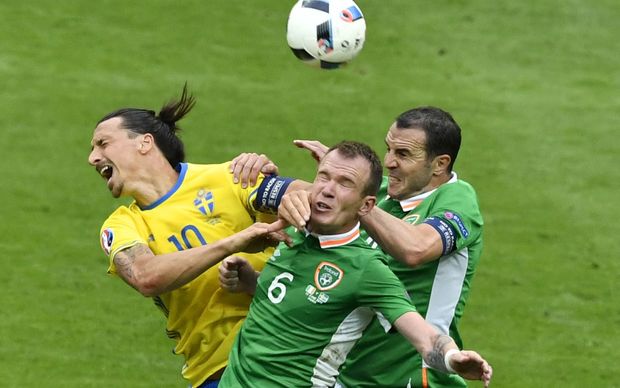 It might have been Ibra's cross that Clark headed into his own net to salvage a point but the 34-year-old Paris St. German hero was otherwise an anonymous figure as his side failed to manage a single shot on target.

"We lack quality," captain Ibrahimovic said following the final whistle, hinting that his team-mates really had to share the blame.

Spain huffed and puffed, making hard work of their Euro 2016 opener before a late Gerard Pique goal blew away the Czech Republic resistance in Toulouse.

Yet it could not conceal further evidence that Vicente del Bosque's champions may lack a killer instinct.

Until defender Pique's crucial late header, the holders were again largely ineffective in front of goal, just as they had been in their 1-0 loss to Georgia in their final warm-up game last week.

Spain had three-quarters of the possession up until the interval and played most of the game in the Czech half, but still did not have the wit or invention to break down their more limited opponents.

By the end, the champions had hit the target just five times in their 17 attempts, with Pique's 87th-minute header from a superb Andres Iniesta cross eventually sparing their blushes.

It left Spain coach Vicente del Bosque with an increasingly familiar headache. "It's true that we dominate but we still struggle in front of goal," he sighed afterwards.

The most important thing for the coach was that this was at least an improvement on Spain's last three opening games at major tournaments - a defeat in the 2014 World Cup by the Netherlands, a draw with Italy in Euro 2012 and a loss in the 2010 World Cup to Switzerland.