Shkodran Mustafi and Bastian Schweinsteiger were on target as World Cup holders Germany beat Ukraine 2-0 in their Euro 2016 Group C opener in Lille. 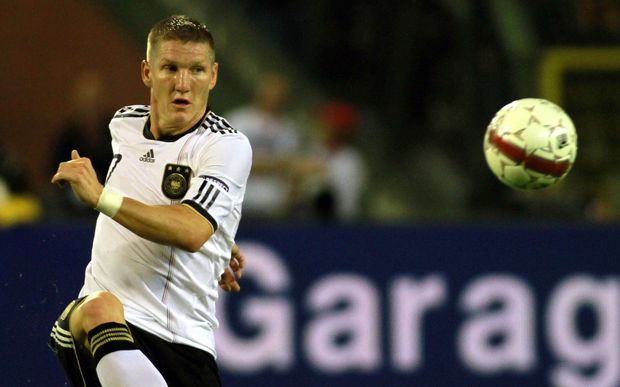 The Germans, eyeing their fourth Euro title and their first since 1996, opened the scoring when central defender Mustafi, starting in place of the injured Mats Hummels, rose high to head in a pinpoint Toni Kroos free kick in the 19th minute.

Joachim Loew's men, who also lost central defender Antonio Ruediger to injury earlier this week, were far from convincing and had keeper Manuel Neuer to thank for producing a string of superb one-handed saves in the first half.

Substitute Schweinsteiger then made sure of victory when he scored from close range late on.

A second-half winner from Arkadiusz Milik steered the Poles to the win as Northern Ireland's first appearance at a major finals for 30 years ended in disappointment.

Making their debut in the competition, the Irish were unable to cope with an attacking Polish outfit that dominated most of the opening match of the group to clinch their first win in three appearances in the finals.

It was Northern Ireland's first game at a major finals since they lost 3-0 to Brazil at the 1986 World Cup in Mexico, exactly 30 years ago to the day.

Croatia needed a touch of Luka Modric magic to beat Turkey 1-0 in their Group D opener, gaining a measure of revenge after their bitter quarter-final elimination by the same opponents at Euro 2008.

Inspirational playmaker Modric put Croatia in front with a fine volley from 25 metres that bounced in front of diving Turkey goalkeeper Volkan Babacan shortly before halftime of a tense affair at Parc des Princes.

The Real Madrid midfielder, who missed the opening penalty for Croatia in the 2008 shootout, made amends with an impressive display, organising his side with calm authority before being named man of the match.

A cloud of smoke after the goal suggested flares had been launched from a section of the stadium packed with Croatia fans and a supporter invaded the pitch to join the goal celebrations before being pushed out by security. A smoke bomb was later thrown in behind the Croatia goal.

Police reported some arrests after a few scuffles outside the stadium before the match but there was nothing like the ugly scenes that marred yesterday's match between England and Russia in Marseille.

Turkey, who had failed to qualify for a major tournament since their impressive Euro 2008 campaign, now face a struggle to reach the knockout stages.

Playing a major tournament in France brings back sweet memories for Croatia, who lost in the semi-finals of the 1998 World Cup to host nation France before beating the Netherlands to finish third.