New Zealand heavyweight boxer Joseph Parker is just one fight away from a crack at a world title.

The 35-year-old Takam boasts an impressive record of 33 wins, two losses and a draw.

Parker, 24, is undefeated in his 18 professional fights, with 16 of them won by knockout.

But Takam poses a new threat to Parker - he has only ever been knocked out once in his career by a boxer who just earlier this week, tested positive for meldonium, the banned substance tennis superstar Maria Sharapova admitted taking earlier this year. 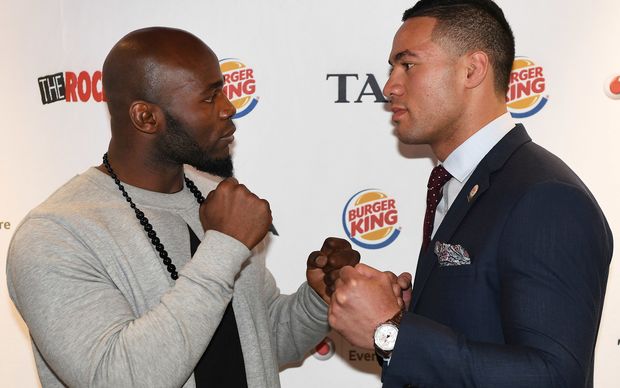 Parkers' coach, Kevin Barry, paid a lot of respect to Takam, calling him a considerable step up from Parker's previous opponents.

"I consider Carlos the bogeyman of heavyweight boxing, he's the guy that other elite heavyweights just simply don't ask to fight. 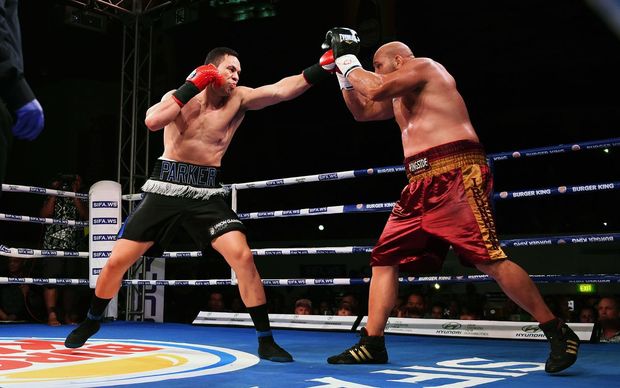 "His aggressive fighting, his stamina, the way he comes forward, I think all those things will test Joe like he's never (been) tested before, but I also believe it will bring the very best of Joseph Parker out."

The winner of tomorrow's million-dollar fight gets a mandatory challenge for the International Boxing Federation's heavyweight title, which is currently held by British boxer Anthony Joshua.

Parker has said from the outset of his career he wants to be world champion and is desperate for a showdown with Joshua, the 2012 Olympic gold medallist in heavyweight boxing.

But the 24-year-old knows getting past Takam first is a lot easier said than done.

"If you have a guy like Carlos Takam, he's prepared, he's here to give me a good fight, he's confident in himself and he's trained the house down, you're definitely going to take some punches but the goal is not to get hit.

"I'm just excited to be challenging someone like Carlos, who's going to be a good name on my record if I do beat him"

As for Takam, he's a man of few words, the French Cameroon boxer prefers to let his fists do the talking.

Takam has been sparing with the last person to beat Joseph Parker in his amateur career, Junior Fa, proving he was not taking the hometown favourite lightly.

But he was still confident he would be on top come Saturday, firing off some pre-fight warning shots.

"Before this fight, I didn't know too much about Joseph Parke, but having done my research, I do think that he is a great young boxer. He's had a great career, however, he is in my path and I'm here to win.

"I think with time he's going to be one of the best, but right now I'm here to win."